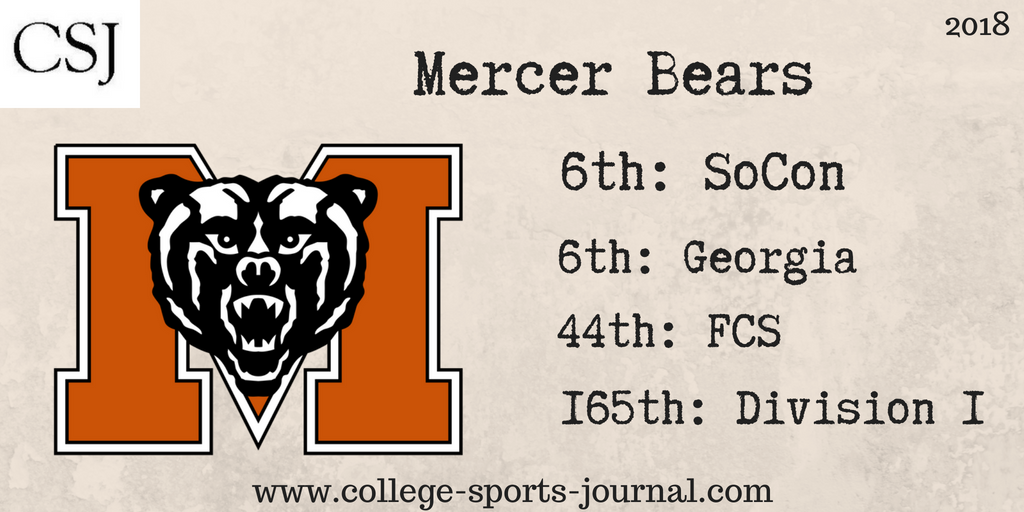 2017 In A Sentence: Mercer’s ludicrous non-conference schedule (which included Alabama and Auburn) masked a decent transition season for the Bears (and a respectable 5-4 record against teams not in the SEC). Key Player: DE Isaiah Buehler has been a pillar of consistency for the Bear defense, having started every single game of his collegiate career.  He’s also brought the heat at opposing quarterbacks, too, notching 7 1/2 tackles for loss including 5 1/2 sacks.  Head coach Bobby Lamb will be relying on him to lead and anchor the defense this year, too, and it will be exciting to see what he’ll deliver his senior campaign.

Fearless Prediction: The schedule is a tad easier – the Bears have replaced Alabama and Auburn with Memphis and Yale – but the Bears seem like they’re still a step behind Samford, Wofford and the other top dogs of the SoCon.  If they can manage an upset, they could force their way into title consideration.