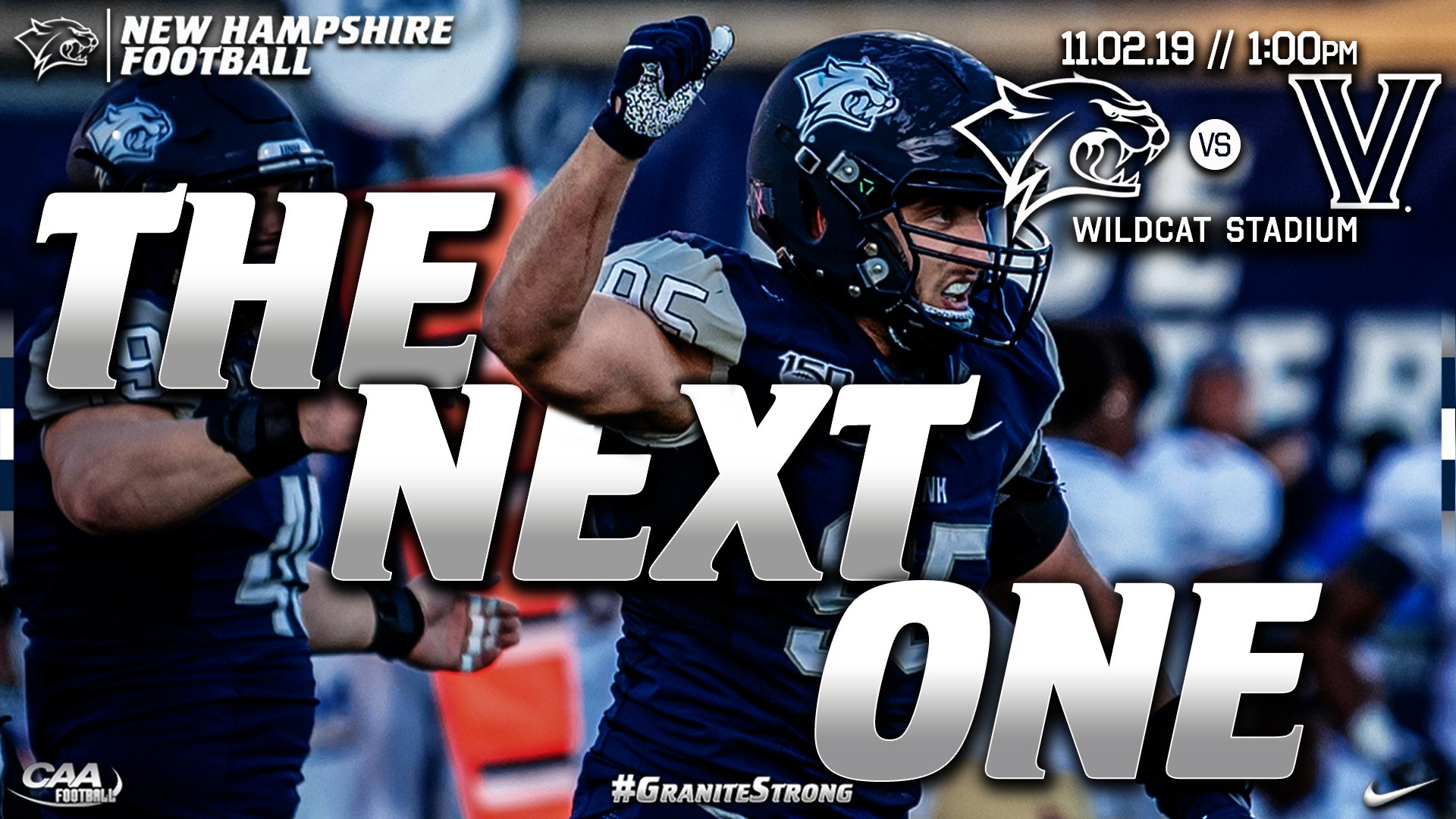 One of the wildest endings to a game this year happened last week between Stony Brook and Villanova. Villanova held a 35-20 lead with five minutes remaining only to see Stony Brook roar back with 16 points to win on a Nick Courtney field goal as time expired. As a result, the CAA is a huge jumble, as it seems to be every year. James Madison sits alone at the top. There are three teams with one conference loss: Albany, Richmond and New Hampshire; all three of which were preseason bottom four in the CAA. With four weeks left, there are nine CAA teams who could have playoff arguments if they win out.

Villanova has lost two straight games after opening the season with six straight wins. Last week was a heartbreaker for the Wildcats, who let Stony Brook score three times in the last five minutes. After losing leading rusher Justin Covington for the year to a knee injury, Villanova struggled to run the ball against James Madison. Against Stony Brook, the Wildcats leaned on DeeWil Barlee to lead the run game. Barley performed well gaining 131 yards on 22 carries. Daniel Smith is one of the top quarterbacks in the CAA but he will need help from the run game for Villanova to keep their excellent season going.

Key Player: Injuries, unfortunately, are a part of the game of football. Villanova lost their leading rusher –and the FCS’ leading rusher at the time – Justin Covington to a knee injury. Villanova needs DeeWil Barlee to step up and fill the void left by Covington. Its not easy to run on James Madison, but Barley amassed only 35 yards against the Dukes. He looked much more comfortable against Stony Brook where he averaged 6 yards per carry. Barley will need to replicate that performance against a strong New Hampshire defense on the road for the Wildcats to get back in the win column.

New Hampshire comes off their bye week in good shape in the CAA at 3-1 in the conference. But, they do have a tough closing stretch with Villanova, James Madison, Albany and Maine still on the schedule. Two wins gets them to the playoff bubble, but three probably can sneak them into the field. The Wildcats did lose to Holy Cross so that’s a tough loss to the resume but they need to take care of business the rest of the way. Ricky Santos has done a great job as the interim head coach.

Key Player: Freshman QB Max Brosmer seems to have taken the reins under center for the Wildcats at this point. He has struggled with eight interceptions but has made plays for the Wildcats when it has mattered in a couple of games. He cannot give extra possessions to a strong Villanova defense, so mistake avoidance is key this weekend. Brosmer should have the opportunity to hit some big plays in the pass game against a Villanova secondary that is not as strong as it appeared they may be this season.

Rhode Island is scuffling through the season. They are a much better team than their 1-7 record. They will pick up a win this week. Rhode Island 31, Merrimack 20

This is a must win game for Elon, but William & Mary will put up a tough fight. Elon will find a way in the fourth quarter to pick up the win. Elon 28, William & Mary 27

The loser of this game will miss the playoffs. Delaware is hopeful to get Neal Henderson back under center. If not they’ll go with Kehoe again. Neither one is as good as Tom Flacco. Towson 31, Delaware 17

Richmond has surprised this year with only one loss in conference. Stony Brook has been playing great for the last month and cannot afford a slip up here. It will be a good game, but the Seawolves will leave Virginia with the victory. Stony Brook 30, Richmond 24

Both of these teams put up a lot of points on offense. Albany is 4-0 at home so far this year. Even though we keep doubting them, they keep winning. Unfortunately, Great Dane fans, we are going to keep doubting. Maine 41, Albany 38