Jacksonville State has long had a strangle hold on the Ohio Valley Conference, winning the conference every year since 2014. Despite losing to SEMO last year, the Gamecocks still prevailed. The rest of the conference seems to be improving, but the Gamecocks are improving as well. This should be a hotly contested league that comes down to the last couple weeks with 3 teams with a legitimate shot at the title.

There is no reason to think this will be different than any of the previous five years. The Gamecocks are loaded and could be a contender for Frisco. Keep an eye on the QB/WR combination of Zerrick Cooper and Josh Pearson. Both should garner Walter Payton votes at the end of the season. Defending Buck Buchanan Award winner Zach Hall is back as the anchor of the defense for Southeast Missouri State. This is the team most likely to challenge Jacksonville State for OVC supremacy having beaten them last year. The Redhawks again look like a playoff team. Eastern Kentucky is another team with their sights set on an OVC title. The Colonels were 7-2 versus FCS competition, losing two other games to FBS foes. That still wasn’t enough to get them into the playoffs, so the Colonels will be out to make sure they leave no doubt in the committee’s mind that they belong in 2019.

We aren’t sure what to expect from Austin Peay with Coach Will Healy moving on to UNC Charlotte in the FBS. The Governors felt that they were snubbed of a playoff berth in 2017 but couldn’t back that up in 2018; mostly thanks to a 3-5 conference mark. If they want to take that next step, they have to succeed in the OVC first.

This seems like a team that is going to wind up being a better team than their record will show. With a tough non-conference slate, the Panthers only real hope to make the playoffs would be to shockingly win the conference auto bid. There is talent there, but probably just not enough.

The Racers were respectable in conference play but really took it on the chin in the non-conference portion of their schedule, losing all of those games. They did win the game with the craziest finish of the 2018 season against Southeast Missouri State.  This looks like another mid pack season for Murray State.

This looks like a .500 team at best. With a tough but manageable 4 game stretch in October, the Tigers can make themselves relevant for longer than one may expect. In a competitive Ohio Valley, this team isn’t on the same level as the teams above them.

Tennessee-Martin seem destined for the bottom rungs of the OVC with a defense that is well below average. The Skyhawks went winless on the road in a 2-9 season in 2018 and the prospects for a better 2019 just don’t seem to be there. 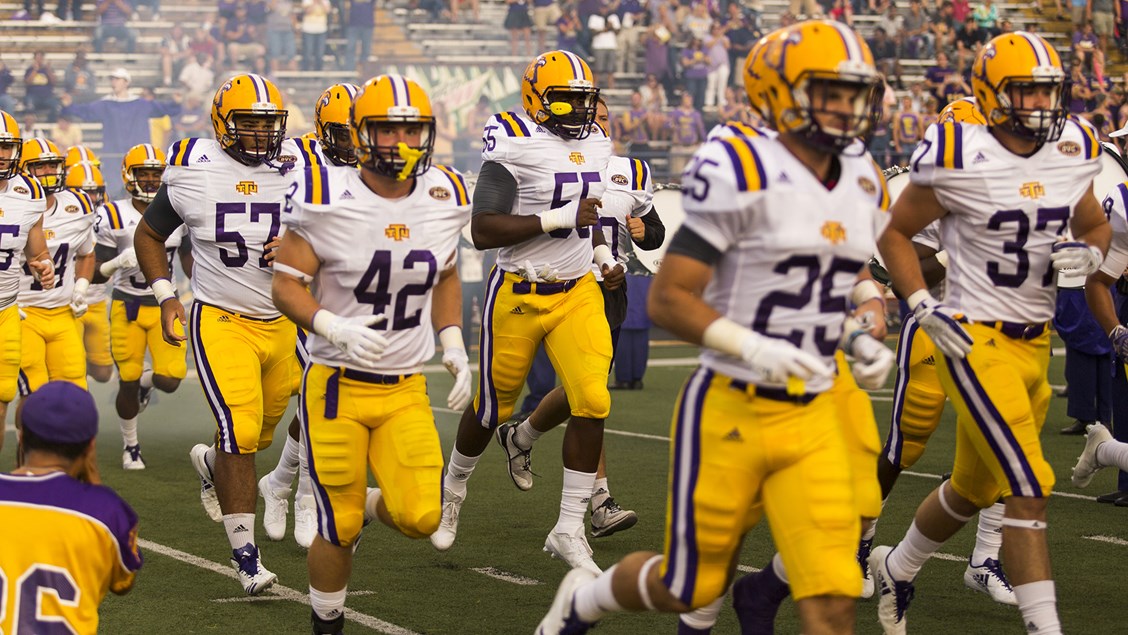 Outside of Austin Peay, it sure seems like the Tennessee contingent of the OVC has fallen behind the rest of the teams in the conference. Tennessee Tech is the bottom dweller of that group. The Golden Eagles may struggle to win an FCS game in 2019.

10 PLAYERS TO WATCH FROM THE OHIO VALLEY