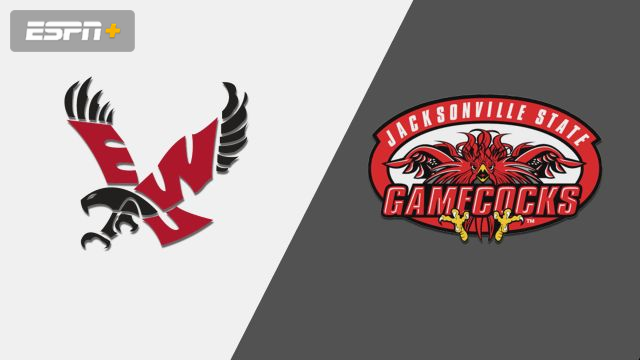 Last season’s national runner up is playing their first FCS opponent of the year after losing to Washington and obliterating Lindenwood. This matchup has been circled on Eagle fans’ calendars for quite some time. Dre’Sonte Dorton set a school record for receiving yards last week with 289, breaking the record previously held by Cooper Kupp. The Eagles have a potent offense as always, and the defense, though it doesn’t get a lot of credit, is good as well. Coach Best couldn’t have been happy giving up 31 points to a DII opponent, so you know he has been hounding that side of the ball in practice this week. They’ll have to be better down in Alabama with the offensive firepower of their opponent.

Key Player: QB Eric Barriere is on the Walter Payton Award watch list for a reason. Despite being only a sophomore, he has already shown himself to be one of the best signal callers at the FCS level. He can beat teams with his arm or his legs. Barriere hasn’t had to run as much in the first two games this year, but something tells me he is about to bust out in the run game this weekend. This game has all the makings of a high scoring game, a situation where Barriere thrives.

Jacksonville State wiped the bad taste from their opening loss with a solid win against a good Chattanooga team in week two. The offense is humming right along, but they have had a problem with inopportune turnovers at the wrong times. The Gamecocks must play a cleaner game on offense if they are going to hang with and beat a team the caliber of Eastern Washington. The most fascinating matchup in this game may be Dre’Sonte Dorton vs. the Jacksonville State secondary, led by Marlon Bridges.

Key Player: As QB Zerrick Cooper goes, so go the Gamecocks. Cooper has both dazzled and confounded his fanbase with his great, yet erratic play. Cooper is averaging 379 yards per game through the air and completing 77% of his passes. However he has thrown three awful interceptions, including one against SeLa that came back for a touchdown when the Gamecocks were diving to get back in the game. Cooper MUST be better against a top team like Eastern Washington.

Eastern Kentucky feels like they are ready to compete for the OVC title and playoff seed. They’ll have to win this non-conference matchup first against a wounded Indiana State team that was stunned by Dayton last week. Two weeks ago ISU would have been the pick, but we are going with the Colonels here. Eastern Kentucky 27, Indiana State 19

In this 108th meeting of what has been branded as the “Mid-America Classic,” The Panthers don’t have the talent to keep up with a Redbird team that seems destined for the playoffs.  This Rivalry game won’t feel too much like a Rivalry. Illinois State 37, Eastern Illinois 16

This should be a fun HBCU “Classic” matchup against teams who appear to be fairly evenly matched. Too bad it’s not being broadcast anywhere, on TV or the internet.  Jackson State 20, Tennessee State 14

Austin Peay plays its second straight big non-conference game when they travel to Mercer. The difference is, they win this one. Austin Peay 28, Mercer 27

Tennessee Tech pulled off a huge comeback last week against Samford. They keep it rolling against a non DI opponent this week. Tennessee Tech 57, Virginia-Wise 14

Murray State doesn’t have much of a shot against an FBS opponent. Toledo 40, Murray State 15

The Redhawks should hang with the Tigers for a half, but they’ll fall behind in the second half. Missouri 51, Southeast Missouri State 14