BOONE, N.C. — Late during Shawn Clark’s senior season at Appalachian State, this writer was sitting in the press box in Roy Kidd Stadium at Eastern Kentucky when I struck up a conversation with the gentleman seated next to me.

He was busy evaluating players in his job as the head of scouting for the Cincinnati Bengals when I posed a question to him.

“Who are you taking a look at today?”

The scout quickly turned the question around.

“Who do you think is the best player on the field today?”

I pondered the inquiry for a few moments, but wasn’t sure how to respond. I didn’t want to show my ignorance to this NFL expert.

“I’m not sure,” I finally admitted.

“Shawn Clark,” the scout finally answered with a smile, after making me sweat for a few excruciating seconds.

Clark’s life path, unfortunately, never passed through the NFL — derailed by professional fears that he would suffer lingering effects from the back surgery that had cost Clark his 1997 college season. But by 2003, Clark was on Danny Hope’s staff, patrolling the sidelines of Roy Kidd Stadium as the Eastern Kentucky offensive line coach.

And Clark’s incredible journey came full-circle on Friday afternoon when he was introduced as the 22nd head football coach at Appalachian State. 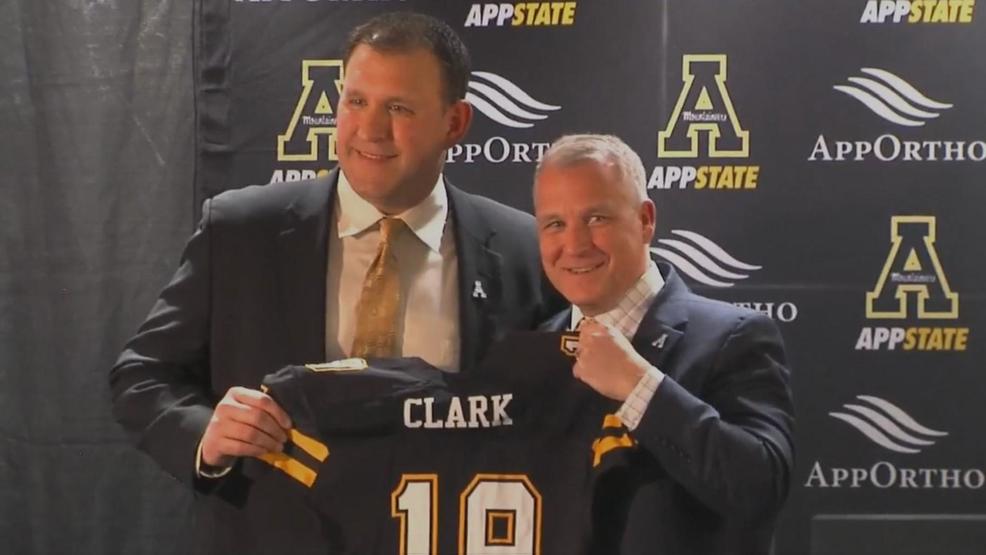 In the wake of Eliah Drinkwitz’s abrupt departure to accept a $4 million per-year offer to lead the downtrodden program at Missouri after less than 12 months in Mountaineer black and gold, Clark’s elevation couldn’t have been more perfect.

It wasn’t so much a press conference as a coronation. The reins to the App State program was firmly placed back in the hands of the Mountaineer family for a program dripping in football tradition.

Clark learned the lessons of the importance of App tradition early during his career as a Mountaineer player from College Football Hall of Fame coach Jerry Moore.

“In 1994, we got beat by Boise State (17-14 in the Division I-AA quarterfinals), and the way he addressed the team that day, I told myself I wanted to be a football coach to affect someone’s life like that,” Clark said. “So, that was the biggest influence.”

How Clark has impacted the players he has coached was abundantly evident by the reception he received, first when he was named interim head coach on Monday and again Wednesday when he was elevated to the position on a permanent basis, pending board of trustees approval on Friday.

On entering the team room on each of those days last week, he was greeted by standing ovations from his players.

“The team kind of went crazy,” senior offensive tackle Victor Johnson said of the announcement. “He bleeds black and gold.” 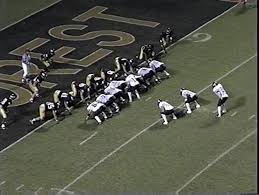 Recruited by Moore as a long snapper in 1994, Clark never snapped the ball once in his Mountaineer career. Instead, he became a four-year starter at guard on a great offensive line, was a two-time All-American and emerged as, arguably, the best technical blocker in Appalachian history, taking the sometimes difficult lessons he learned from line coach Stacy Searels to heart.

“I thought I knew what hard work was until I got here, and (Searels) really took it to the next level,” Clark explained. ”As far mentors, those have been big mentors in my life and guys I fall back on all the time. It’s just an honor to carry on what they taught me.”

That work ethic has continued through his transition from player, to assistant coach and now into his new role as Appalachian’s head coach. Stops at Louisville, EKU, Purdue and Kent State before his return to App State on former teammate Scott Satterfield’s staff as co-offensive coordinator in 2014 paved the way for Clark’s dream job at his alma-mater.

And his 25-year dream of taking control of the Mountaineer program will be on display for the first time Saturday at 9 p,m. when Appalachian faces Alabama-Birmingham in R+L Carrier New Orleans Bowl at the Superdome, trying to finish off a season that has led the team to a No. 20 national ranking and a 12-1 record.

“Dreams do come true,” Clark said. “It’s all about tradition and I can’t wait to get started.”