South Dakota State is exactly where it was last year in a semifinal round game.  This year’s road contest is one that the Jackrabbits know well–just up I-29 to Fargo to play Dakota Marker rival North Dakota State.

The Jackrabbits and Bison did not have a particularly heated football rivalry in the Division II era, mostly because NDSU was so much stronger of a program and in part because they had their own in-state rivals: The Jacks had USD, the Bison had North Dakota.

As the schools moved up to the Division I ranks together in 2004, the rivarly started to take shape during their transition years and now both likely would say each is its top rival.

SDSU beat the Bison in Fargo in 2016 regular season, and handed them their only loss last year in Brookings.  And SDSU gave the undefeated Bison their closest game this season in Fargo with a 21-17 loss.

But the playoffs have been a different story, as the Bison have won all three prior meetings, two of which were not close. Overall, NDSU has won 11 of 17 meetings between the schools since the transition. 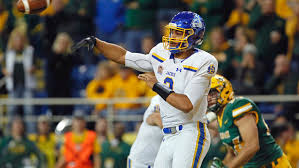 Key Player This Week:  QB Taryn Christion passed for a MVFC-best 28 touchdowns during the regular season. Christion completed 163-of-270 passes for 2,549 yards and compiled an efficiency rating of 169.5 in the first 10 contests of the season.

Christion was the MVFC Offensive Player of the Year in 2016 and was a second-team all-conference selection in 2017. He holds MVFC career records for touchdown passes, passing yards and total offense.

Johnson’s season total of 16 touchdown receptions is tied for the Jackrabbit single-season mark previously set in three separate campaigns (2014, 2016, 2017) by Jake Wieneke. Look for the Jacks to need to use the passing game in this game the most due to the strong Bison defense against the run and Johnson to be a top fantasy player in this one. 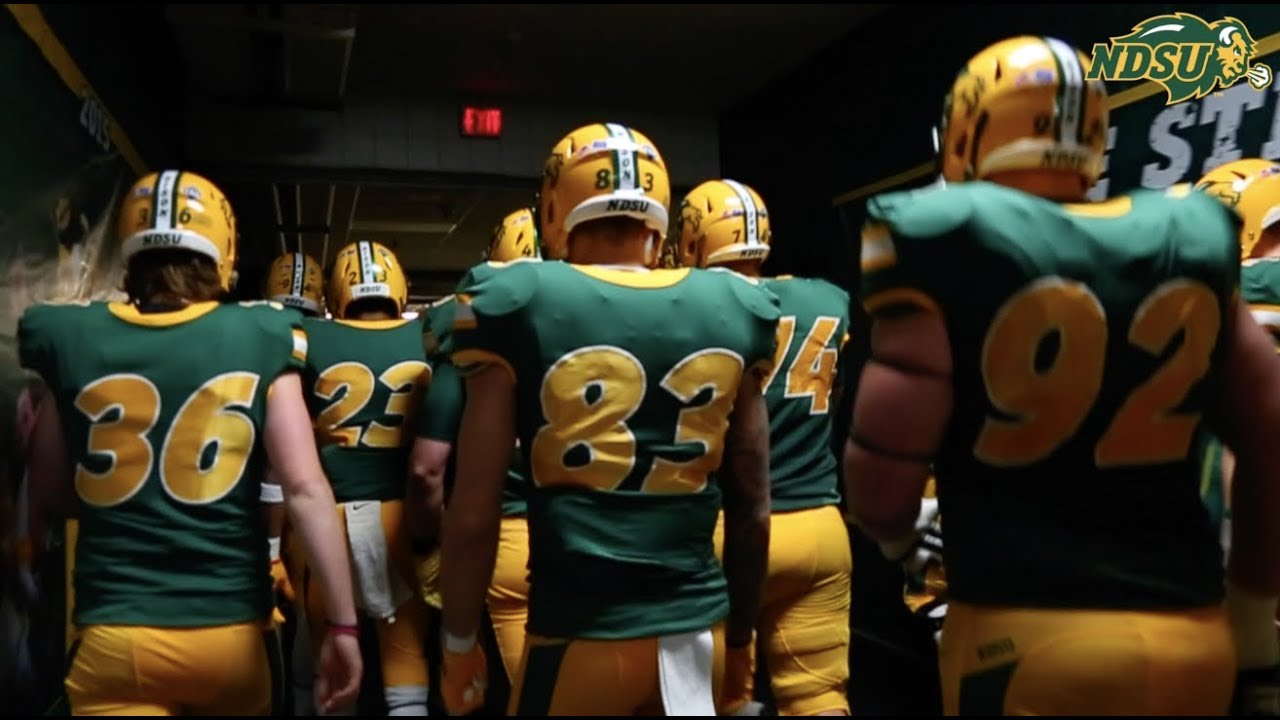 The biggest news this week for NDSU is that Coach Chris Klieman has accepted the head coaching position at FBS Kansas State.  Klieman will continue as the head coach for NDSU for the remainder of its season.

NDSU boosts a very veteran line-up so much like the team in 2013 that lost Coach Craig Bohl in a similar timing when he left for FBS Wyoming.  NDSU has 24 seniors on this team so a coaching move much like 2013 should not be much of a distraction.

The defending Division I FCS champions, have won 18 games in a row inside the Fargodome including defeating SDSU earlier this season.  NDSU is 73-6 at home since 2010 including a 23-1 mark in the FCS playoffs. The Bison have won 64 of the last 66 home games over non-conference opponents with its last home loss coming in the 2016 semifinals to James Madison. NDSU is 23-4 at home all-time against FCS Top 10 teams.

Key Player This week: QB Easton Stick has a 47-3 record as starting quarterback, the second most wins in FCS history behind NDSU’s Brock Jensen, who went 47-5 as a starter with 48 total wins from 2010-13.  He has thrown for 2,385 yards (183.5 per game) and 25 touchdowns with 5 interceptions.  He has proven to know how to handle the Bison offense and in his last home game, the senior will be looking to break the win total but SDSU has proven to be the team that can handle him so how he does with his pre-snap reads will be the key for the Bison offense.

Fantasy Bonus Baby This Week: WR Darrius Shepherd leads the team in receptions (53) – while no other receiver has more than 19 catches on the year.  He leads the team in yards (869) and second in TDs (7) behind TE Ben Ellefson’s eight, only other WR/TE with more than three TD receptions.  He averages 66.8 yards per game 16.4 per catch and it is expected that SDSU will look to stop the running game first so how Stick and Shephard play in the passing game will likely result in some high passing marks.

Jamie: The Jackrabbits gave the Bison all they could handle in the regular season. History says the Bison beat the Jacks by more the second time around. NDSU 28, SDSU 14

Kent: Many likely look at this game as the true national title game with the winner of this game being the odd’s on favorte in the title game against either Eastern Washington or Maine.  Also, many might think with Klieman moving on to Kansas Sate, this might favor the Jackrabbits but I think it will be the opposite.  NDSU will have all the motivation to make their soon-to-be former head coach a great send-off in his last Fargodome game.  NDSU 31, SDSU 21

Chuck: It is going to take an extraordinary team to upset NDSU in the playoffs in the Fargodome, and this South Dakota State team is that extraordinary team.  Christion will not be taken aback by the Fargo atmosphere and the Jackrabbit defense is strong enough to not have the Bison run over them.  SDSU 30, NDSU 21 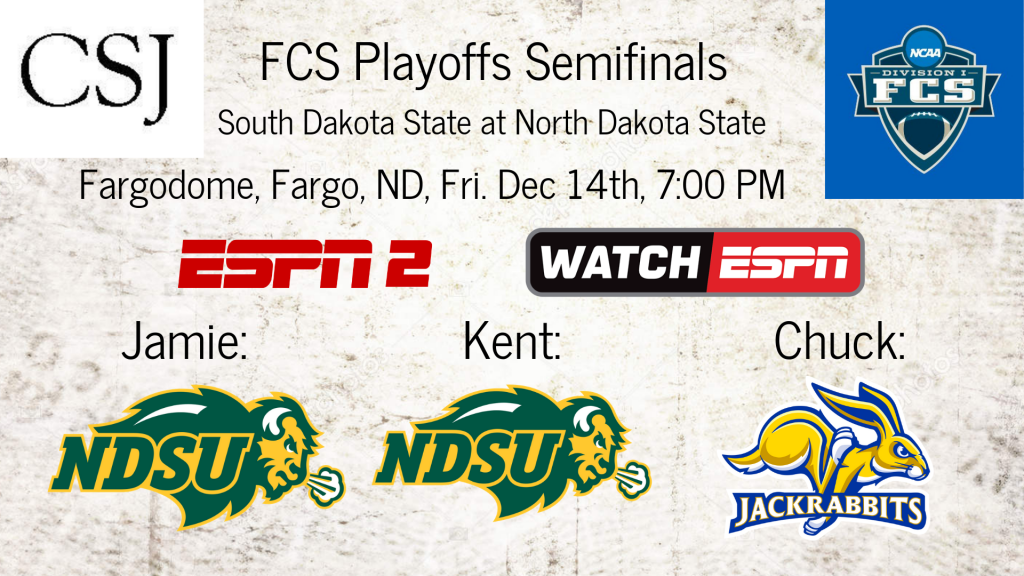