Scouting Report: Winners of 10 straight to open up the season, the Bulls will embark on their toughest trip of the non-conference season with road games at Syracuse and Marquette this week. Buffalo is 10-0 on the season, its best start to a year since 1930-31 when they went undefeated with a perfect 15-0 record. UB is the first MAC team to have started a season 10-0 since Toledo in the 2013-14 season when the Rockets were 12-0 to begin the year.

Buffalo is one of just nine undefeated teams remaining in the country, joining Kansas, Michigan, Texas Tech, Virginia, Houston, Furman, St. John’s, and Nevada. Of that group, Buffalo and Furman are the only two to win at least three true road games.

This will be the second straight season UB has played at Syracuse, dropping an 81-74 decision last year. The Bulls is looking for their first win over the Orange since January 15, 1963.

The Bulls are coming off one of their best wins in school history as they defeated West Virginia on Nov. 9 in the first road of the year, 99-94, in overtime. It was UB’s first ever road win over a team in the top 25 as the Mountaineers entered the game ranked 13th. Over the last four years, Buffalo is the only non-Big 12 team to come into Morgantown and leave with a win over West Virginia while they have been ranked in the Top 25. 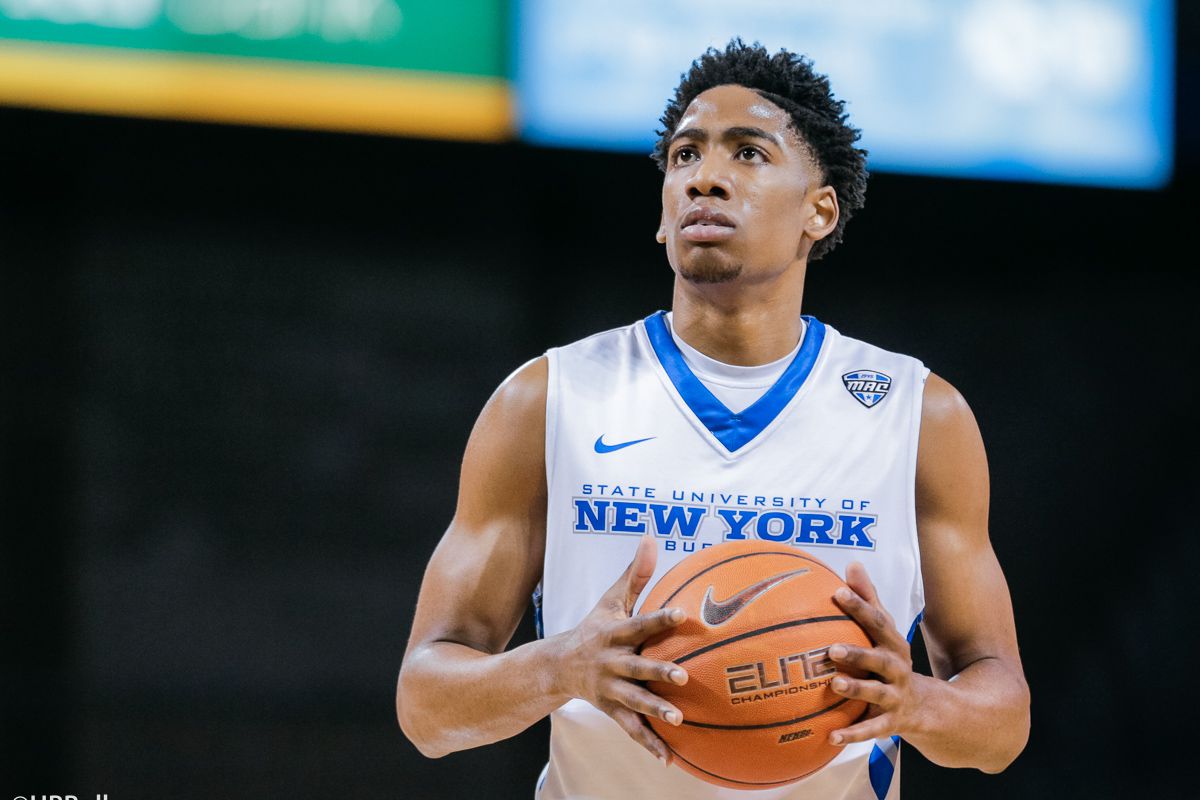 Key Fantasy Player: The Bulls are a high-octane offense with four players that average double figures in scoring, but the real stat-sheet stuffer on this team is G C.J. Massinberg (17.5 ppg, 7.4 rpg).  A rare senior in a world of one-and-dones, the ball will be in his hands most of the game, and, if they have a lead late it will as well (he’s an 88.9% free-throw shooter).  It’s likely a win against Syracuse will come from a great game from CJ.

Scouting Report: Was it a fluke, or was it a sign of things to come?  That’s what Syracuse fans must be wondering after the Orange were upset 68-62 by Old Dominion last Saturday.  Now they face Buffalo in a bigger challenge.

Syracuse held a 53-51 lead before the Monarchs produced an 8-1 run, grabbing their largest lead of the game at the time, 59-45, and Syracuse was unable to erase the deficit. That stood in stark contrast to a week before, a 72-71 thriller against Georgetown where C Marek Dolezaj drew a critical charge to set up the game-winning layup with ten seconds left.

Syracuse leads the all-time series with Buffalo, 28-5. The squads met last year in the Carrier Dome. Oshae Brissett led a group of four Orange players to score in double figures with 25 as the Orange defeated the Bulls, 81-74.

The Orange will be sorely tested in this New York matchup. Key Fantasy Player: It seems like everything on offense for the Orange funnels through G Tyus Battle (18.5 ppg) – in fact, at times it feels like too much is funneling through the all-American candidate.  Against Old Dominion, his teammates seemed to expect him alone to raise the team to victory – which seemed a bit unfair.  If Syracuse hopes to win, they’ll need a more complete effort, but for fantasy production, Battle will probably be a big producer again.

Buffalo is no easy out, especially on the road.  The question is whether Boeheim’s famous zone will slow them down enough to make this into a toss-up game.  I think Buffalo’s experience and weaponry, and Syracuse’s lack of diversity on offense, will prove to be too much for the Orange.  Buffalo 81, Syracuse 74