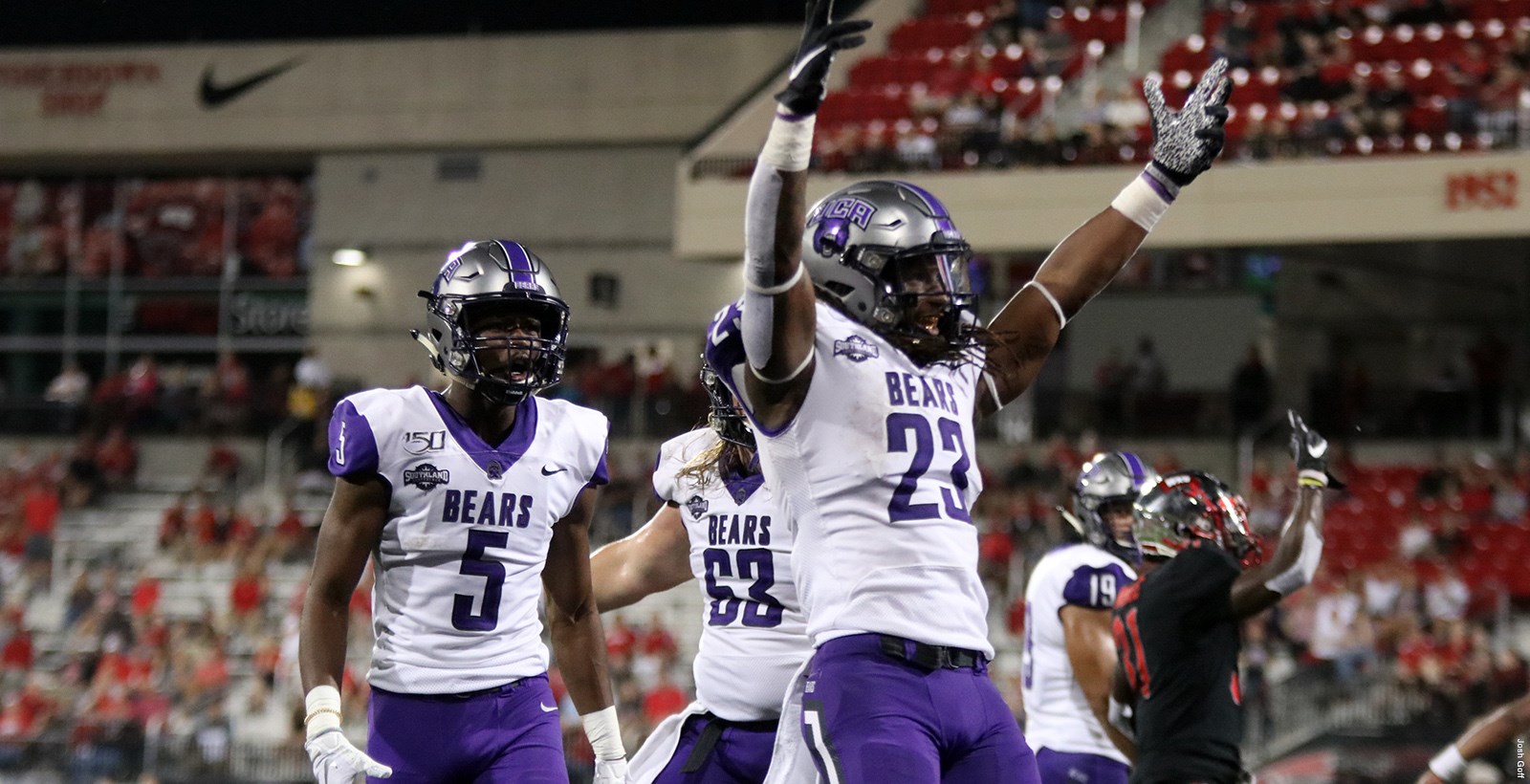 Week One saw quite a few Power 5 FBS teams celebrate wins against powerful FCS teams as if they had won a bowl game. Only one FCS program, Central Arkansas, managed to knock off an FBS opponent: for the second straight year, Western Kentucky was defeated by an FCS program.

The best of the Missouri Valley scared the pants off of Power 5 schools Iowa State, Kansas and Minnesota. The Cyclones required triple overtime to knock out UNI 29-26, the Sycamores gave the Jayhawks all they could handle before a late TD gave Kansas a 24-17 victory.and the Golden Gophers were taken to the limit by South Dakota State, scoring very late then holding off a late Jackrabbit surge to secure a 28-21 victory.

Wagner of the NEC had UConn on the ropes as well before falling 24-21, Portland State gave Arkansas everything they could handle in a narrow 20-13 defeat, and perhaps the biggest shock of all, Houston Baptist, who has one Division I win in the last two years, came within a whisker of a massive upset of UTEP, ultimately falling 36-34.

Finally, there were two FCS Top 25 upsets that caused voters to scramble their rankings this week. South Carolina State upset Wofford 26-13, in a game led wire to wire by the Bulldogs, and Southeastern Louisiana dominated Jacksonville State 35-14 in one of the more shocking upsets of Thursday.

Below are some video highlights of these games. And the scores have a gap recap link.