NATCHITOCHES, La. – The No. 7 Nicholls State University football team used a gritty performance by running back Julien Gums, who rushed a career-high 36 times for 156 yards and a touchdown, to pick up its fifth consecutive win in the series against Northwestern State, defeating the Demons, 31-24, Saturday night in Turpin Stadium. With the win, […]

HAMMOND, La. – No. 23 Southeastern Louisiana forced four McNeese turnovers – including three in the fourth quarter – on the way to a 25-20 victory in Southland Conference football action Saturday night in Strawberry Stadium. Playing at home for the first time in 461 days, the Lions (1-1, 1-1 Southland) clinched the victory with a […]

BEAUMONT, Texas – The University of the Incarnate Word football team is undefeated on the road and the season following a, 42-20, win on Saturday afternoon against Lamar. With the win, UIW (2-0, 2-0 SLC) tied up the all-time series against Lamar (0-2, 0-2 SLC). Game Recap (Incarnate Word) | Game Recap (Lamar) | Box Score […]

HUNTSVILLE — February football brought an offensive explosion, but a clutch defensive stand guided No. 17 Sam Houston to a 43-38 victory over No. 18 Southeastern Louisiana in the 2021 season opener Saturday at Bowers Stadium.After a 24-yard field goal by freshman Seth Morgan gave the Bearkats a six-point lead, the defense stopped the Lions on fourth and […]

LAKE CHARLES, La. – The University of the Incarnate Word football team cruised to its largest road victory under third-year head coach Eric Morris, 48-20, against No. 19 McNeese on Saturday, Feb. 27, to open the much-awaited Spring 2021 season at Cowboy Stadium. Cameron Ward led the Cardinals with 306 passing yards and four touchdown passes to ink […]

THIBODAUX, La. – The No. 9 Nicholls State University football team posted a 600-yard day on offense, while the defense kept Lamar University off of the scoreboard as the Colonels steamrolled past the Cardinals, 55-0, Saturday evening at Manning Field at John L. Guidry Stadium. With the win, Nicholls improved to 2-0 overall and 1-0 in […] 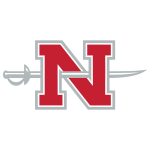 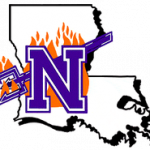 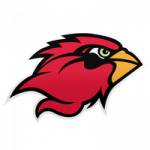 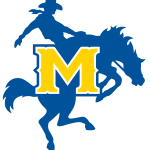