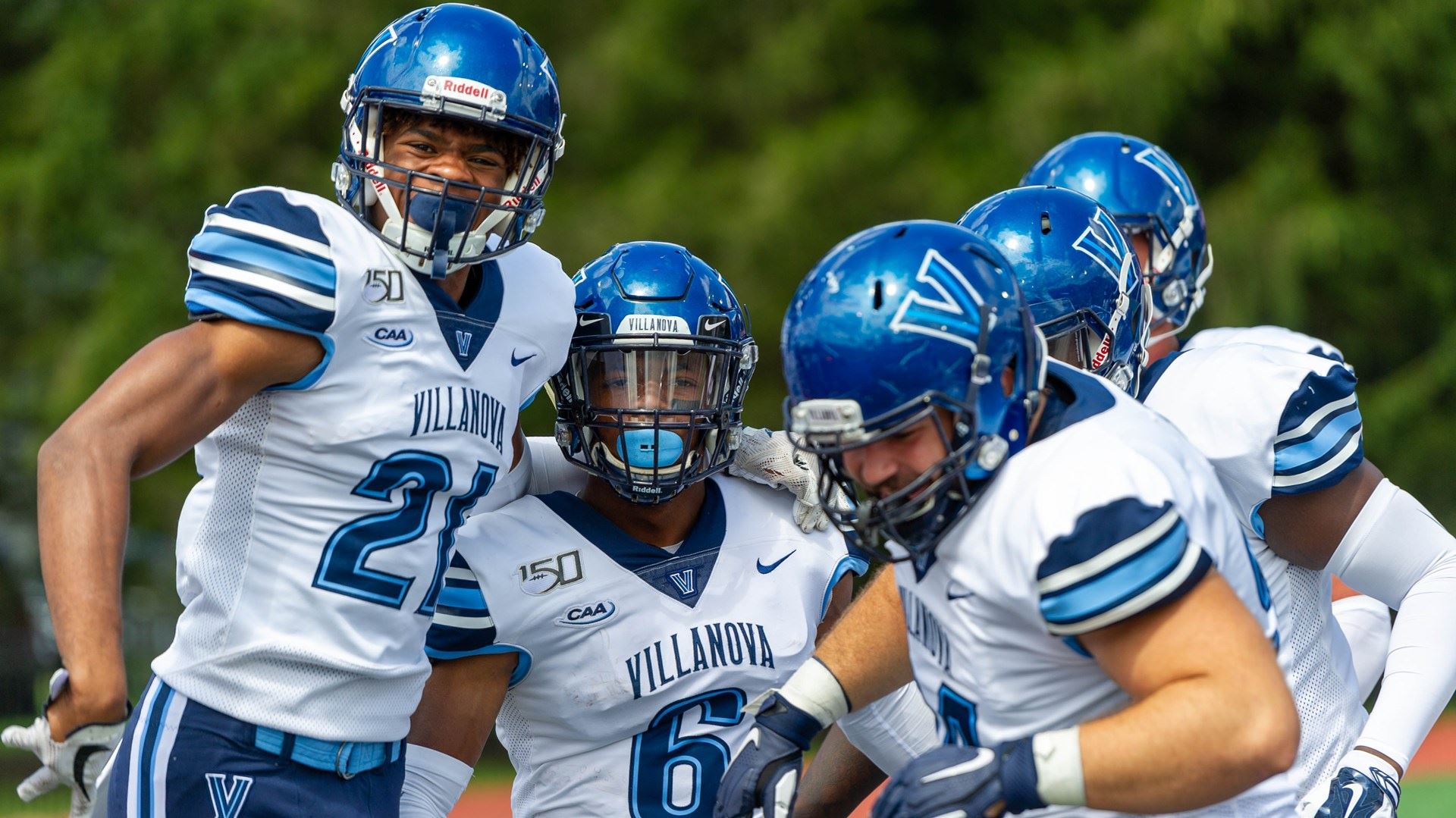 No, that’s not a high school locker combination, or a quarterback audible.

Those are the point totals Villanova were able to exact on Lehigh during their last seven meetings on the gridiron, all Wildcat victories.

The Mountain Hawks have played the Wildcats seven times in the last eleven years, and had a few pretty good defenses during that timeframe. But no matter whether their defense was at the top or the bottom of FCS in statistical categories at the end of the season, Villanova’s consistently put up points on Lehigh’s defense.

For Lehigh, their trip to Villanova comes after one that got away, a frustrating 14-13 loss that left Lehigh fans wondering what could have been. The Red Flash took the lead with 1:53 to play when QB Jason Brown shook loose some pressure and found TE Terrell Johnson on the left side of the field, where he rumbled 35 yards for what ended up being the game-winning touchdown.

The Wildcats, however, couldn’t be riding higher going into their “second opening game of the season,” as Villanova head coach Mark Ferrante noted in his weekly radio podcast. That’s because the Wildcats had a relatively easy time in a 34-14 win over last season’s Patriot League champions, Colgate. It was the first time Colgate had allowed more than 30 points in a regular-season game since Lehigh shocked Colgate 41-38 up in Hamilton back in 2017.

“You never know going into an opening game, especially with a team that you haven’t played in a while,” Ferrante said. “Every year is a different year. Our defense held them to two consecutive three and outs and our offense drove a little but got called back because of penalties, so that [turnovers] was a big momentum swing.”

The record between these two teams shows Villanova with a 15-5 all-time edge, but it obscures the dominance the Wildcats have had in this rivalry more recently.

Before World War II, Lehigh held a 4-2 edge on Villanova, with a 71-0 thumping in 1903 the undoubted highlight in the series for the Brown and White.

“The game was so replete with brilliant end runs, irresistible line-bucking and sturdy defense on Lehigh’s part,” the student paper said at the time, “that the spectators became disgusted whenever the team failed to gain at least 15 yards on a rush.”

But since resuming play after an 87 year hiatus in 2004, the Wildcats have gone 11-1 against the Mountain Hawks, Lehigh’s sole win coming in 2006, then-head coach Andy Coen‘s first win as a collegiate head football coach.

(Villanova head coach Andy Talley, who was livid at his team’s performance after that game, had a Sunday practice to light a fire under his stunned team the following day.)

Even in Lehigh’s best seasons in the last decade, Villanova has been just one step better every year since 2006.

In 2010, Villanova was coming off of their national championship season and shut out Lehigh 35-0 behind a 300 yard rushing performance. WR/RB Matt Szczur, who ended up pursuing a Major League Baseball career, ran for 95 yards and RB Aaron Ball notched a 100 yard rushing game, while the Villanova defense held Lehigh’s offense to a grand total of 8 first downs.

Lehigh would go on and win the Patriot League that season and earn a first round trip to Northern Iowa, where they’d beat the Panthers 14-7 before ultimately falling to Delaware the following week in the Round of 16.

In 2016 (26-20) and 2017 (38-35), Lehigh would lose narrow games to the Wildcats yet recover in time for league play to win Patriot League titles and play in the playoffs. And judging by the narrowness of Villanova’s victories – which were both in doubt deep into both games – it showed a team that was close to breaking out and winning the FCS Playoff autobid.

In the run-up to this game, Villanova comes into it after their season-opening win at Colgate and a bye week, where Ferrante said that he gave his players a couple of extra days off and let them visit their families. That’s because the Wildcat players were on campus early to prepare for the Week 0 game.

As for Lehigh, they were trying to digest last week’s loss, but they had to get focused again real fast on the challenge this week.

“They took it the right way,” head coach Tom Gilmore said. “They were devastated after the game, but we have a 24-hour rule and whether you win or lose, you have to put the previous game away. It has been extra motivation for them to get the little things right and make sure we don’t make the mental errors again that we made last week.”

“I’m hype,” he said this week. “I respect Villanova a lot. They’re from a very good conference. I’ve been playing them since my freshman year. They’ve always been a good team. We haven’t beat them the last two years we’ve played them, so I’m hungry. We’re going into their place now, so we have the opportunity to show them up at their place. I’m excited to go.”

“They’ll load the box, just like a lot of teams do these days,” Ferrante said. “Fifth year SS Sam McCloskey‘s a guy that seems like he’s been there forever. You know he’ll get involved in the run game as well. They’ll have a lot of movement and bring a lot of pressure with the linebackers and zone blitzing. You have to play disciplined football to overcome that.”

“They really dominated the game against Colgate,” Gilmore said. “They handled the game up front offensively and defensively. They have a very talented, dual-threat quarterback [QB Daniel Smith, a grad transfer from Campbell], who he creates some problems with his feet, on top of a legitimate rushing and passing attack. They’re very good up front on defense and on the back end as well. They present a lot of challenges.”

In many ways, this game does have some interesting questions to answer by both teams. Will Villanova be able to start picking up right where they left off two weeks ago against Colgate? Will Daniel Smith look like a Walter Payton award frontrunner? Will Lehigh’s defense be able to slow down Villanova’s offense? Can Lehigh put last week’s painful loss behind them and give Villanova a game?