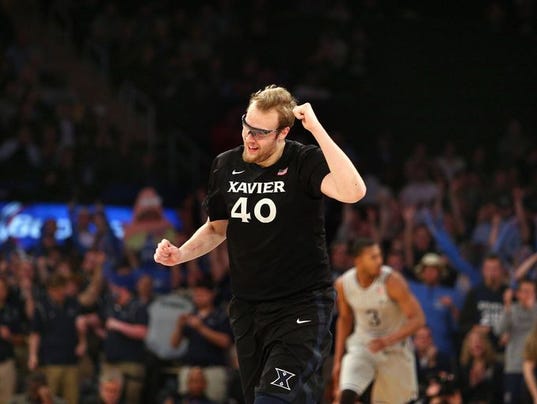 If you guessed “D”, you would be correct and know your basketball.

The 63rd edition of the Portsmouth Invitational Tournament, otherwise known as the PIT, runs from April 8-11 at Churchland High School in Portsmouth, VA, which borders the coastal city of Norfolk.

The tournament is a four day affair that features 64 of the best college seniors in the country playing three games each in a tournament format.

The PIT is organized by the Portsmouth Sports Authority and supported by the NBA.

International teams account for another 200 scouts and there is roughly 150 independent player agents and talent evaluators in attendance as well.

The PIT alumni list contains some notable names in the history of basketball. Rick Barry, Earl “the Pearl” Monroe, John Stockton, Dave Cowens, Scottie Pippen and most recently the Chicago Bulls’ Jimmy Butler have all played in the PIT on their way to stardom in the NBA.

Eight players from the 2014 PIT have already played in NBA games this season led by Langston Galloway (St. Joseph’s), who has started most of the second half of the season for the New York Knicks.

Galloway was called up from the NBA D league team Westchester Knicks on January 7 and has proceeded to average over 13 points per game along with 4 rebounds and 4 assists per game.

NBA scouts weren’t convinced at the PIT on Galloway’s NBA potential but Galloway made the most of his opportunity and now has been signed through the 2016 season.

Scouting isn’t an exact science which is why the PIT is a valuable tool for the professional scouts.

“Every NBA team is looking for a 2nd round draft steal or a great free agent find” said James Blackburn, lead scout for Basketball Elite. “With the salary cap usually maxed out, teams need a lower cost contract player that can be a team contributor and the PIT is the perfect event to find that type of player.”

Expert talent evaluation is now at a premium since the salary cap for each team will dramatically increase next season due to the national NBA TV contract almost tripling in value to 2.7 billion per season.

Players receive 53% of total revenue so the salary cap and player salaries will increase exponentially which means the NBA teams have to do a better job of identifying NBA prospects so money is not wasted on players that don’t produce.

There is no showcase event that the early entry draft players can be evaluated at in a 5 on 5 basketball regulation game. NBA player personnel scouts have a harder time evaluating these prospects so the extra games that the PIT players play, the more the NBA can get better information and evaluations.

Almost all of the PIT players start off in the NBA D League or an international professional league. They develop in the professional setting and then are re-evaluated by the NBA and either signed to an NBA contract or continue to play professionally overseas.

There is a great chance that some of the other 64 players in the 2015 PIT field will make their mark sometime soon in the professional basketball world. In basketball, the cream always rises to the top.

Wayne is the owner of Pro-Am Sports is the foremost dealer of game worn uniforms, jerseys and equipment in the world. Pro-Am Sports has been in business for over 30 years and currently has the world's largest inventory of game used merchandise from the NBA, NFL, NHL, Major League Baseball, the minor leagues and colleges. Wayne has also been an author and contributor to the College Sports Journal since its inception in 2012.