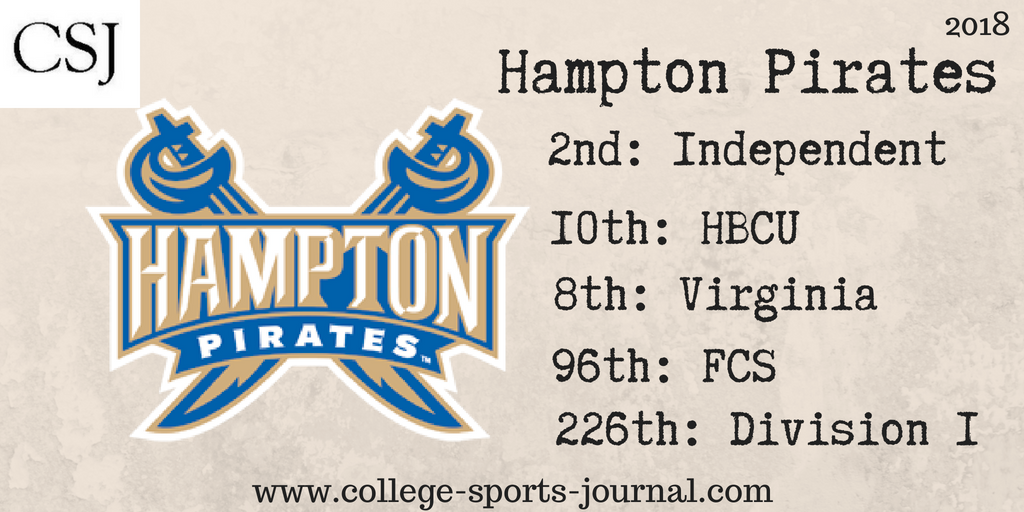 2017 In A Sentence: In their swan song season in the MEAC, the Pirates beat nearby rival Howard 20-17 to allow them to achieve a 6-5 record before embarking on their journey to become a member of the Big South in 2019.

Biggest Shoes to Fill: RB Yahkee Johnson‘s versaitility will be missed out of the Pirate backfield, where he let the team in scoring (8 TDs) and all-purpose yards (979).

Key Player: In a transition year for the Pirates in every sense of the word, it is likely that Prunty will be leaning heavily on the athleticism of QB Delmon Williams to bridge the gap between MEAC play and Big South play. An efficient dual-threat QB, can he carry the Pirate offense to a few extra wins?

Fearless Prediction: New head coach, an independent, half-Big South schedule without their biggest Rival – what to expect for Hampton in this transition year? If the Pirates can pull off an upset or two of FCS Playoff-caliber teams, they might be in line for an at-large bid, but more likely a sub-.500 season awaits as Hampton adjusts to life outside the MEAC.