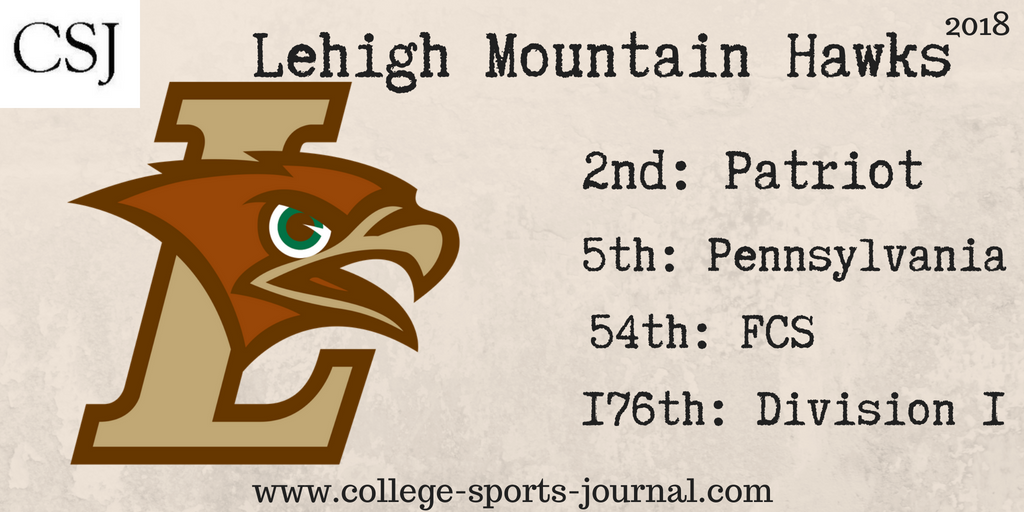 2017 In A Sentence: After a near-disastrous 0-5 start, the Mountain Hawks pulled things together to manage a 5-1 conference record and win their second consecutive Patriot League title and FCS playoff appearance – even though their appearance in the playoffs was short.

Biggest Shoes to Fill: The top receiver in the Patriot League last season was WR Troy Pelletier, who not only led the Patriot League in receiving yardage but also set a school record in pass receptions in a season (105). That’s 105 receptions that will have to go to other targets in 2018.

Key Player: Head coach Andy Coen has always gotten his quarterbacks plenty of weapons to use at their disposal, but all eyes will be on QB Brad Mayes despite the presence of all-Patriot League and one of the top running backs in the nation, RB Dominick Bragalone in the backfield with him. Mayes had a great statistical year last season with 3,886 yards passing and 31 TDs – and he may do it something like it again – but can he take one further step as a QB and manage his team to a few more wins to go along with his stats?

Fearless Prediction: Like last year, no Patriot League defensive coordinator is going to look forward to facing the Mountain Hawk offense with Mayes and Bragalone staring them down. The keys to Lehigh’s season are how much their defense can improve from the squad that gave up 41 points a game last year, and the ability of the offense to close out games. A number of new coaches and a bunch of returning experience on defense is supposed to improve matters, but by how much?