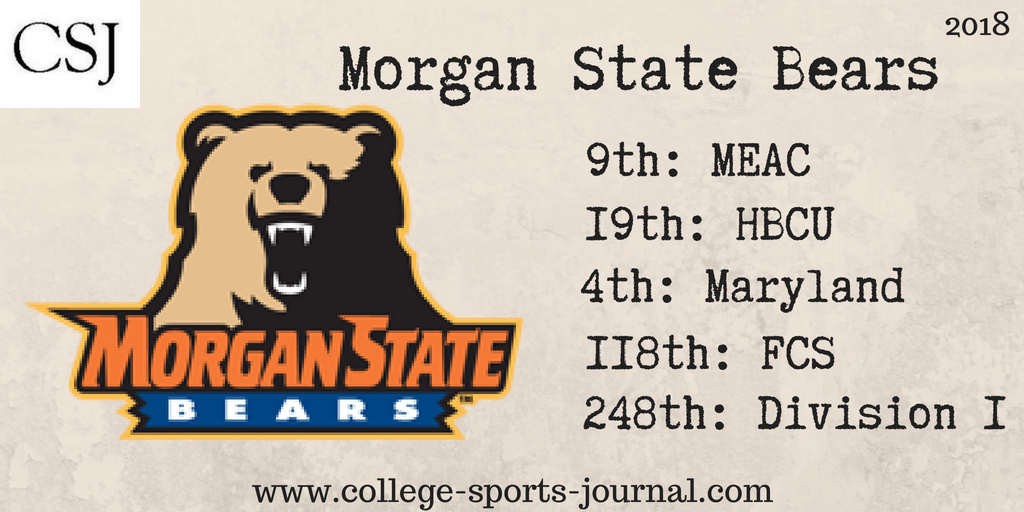 2017 In A Sentence: The Bears finished just 1-10 overall and 1-7 in MEAC play last year and after just three wins in 2016, head coach Fred Farrier was relieved of his duties.

Biggest Shoes to Fill: RBs Herb Walker, Jr. and Eric Harrell were the leading rushers with 645 yards and 625 yards respectively for the Bears. The Bears will likely move towards redshirt freshman Demerius Goodwin.

Key Player: LB Rico Kennedy will be the key on defense that needs to improve with his leadership in his junior season. He was an All-MEAC third-team performer last year after he led the team with 70 tackles (50 solo). He also led the MEAC and ranked No. 3 in the nation (FCS) with 19.5 tackles for loss and added 7.5 sacks (ranked 5th in the MEAC) and also led the MEAC with four forced fumbles.

Fearless Prediction: The Bears have a most of its starters back and a year of experience and the new leadership of head coach Earnest T. Jones could lead the team towards the middle of the MEAC standings if everything falls into place.