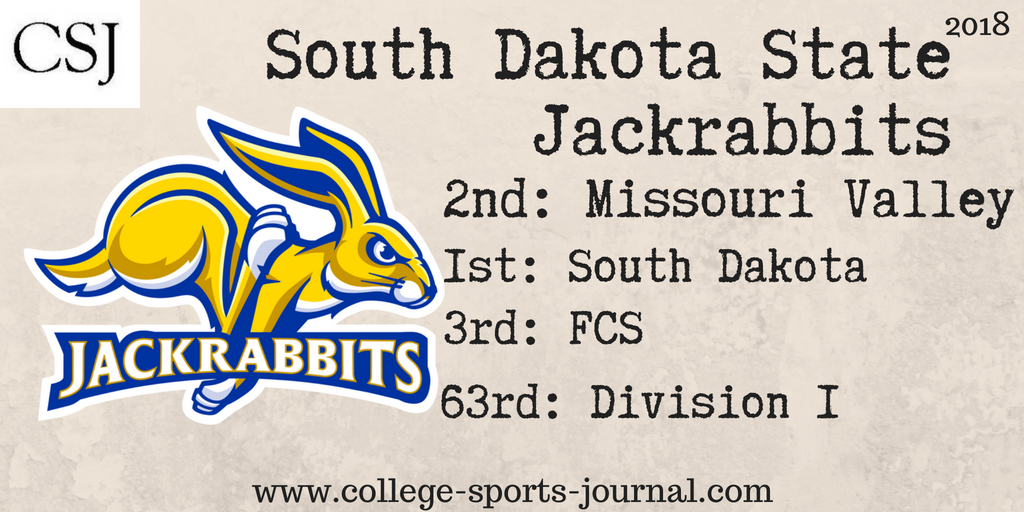 2017 In A Sentence: SDSU went farther than it has ever went in the FCS playoffs with a semi-final appearance and were blown out by James Madison in that contest but still compiled a single-season school record 11 wins.

Biggest Shoes to Fill: WR Jake Wieneke and TE Dallas Goedert were the two keys in the Jacks passing game last year. Wieneke finished his career second in FCS history with 59 touchdown receptions and third in receiving yards with 5,157. Goedert finished last season as the team leader with 72 receptions and 1,111 receiving yards, while adding seven touchdown catches. His receiving total leads all Division I tight ends — FCS and FBS – last season. Goedert was drafted in the third round of the NFL Draft by the Philadelphia Eagles, while Wieneke signed a college free agent deal with the Minnesota Vikings.

Key Player: QB Taryn Christion will now be counted on to handle more of the offense without his two star receivers. He posted his second consecutive season with 4,000 yards of total offense in 2017, passing for 3,515 yards and gaining another 500 yards on the ground. He accounted for 44 total touchdowns by passing for a school-record 35 touchdowns and scoring nine more times on the ground.

Fearless Prediction: Without the two star receivers, many might think the Jacks will regress this year but the strength of this year’s team just maybe its defense, which returns eight starters. If Christion can find some new receiving help, this team looks poised to make not only a run within the MVFC but also make another run within the FCS playoffs.