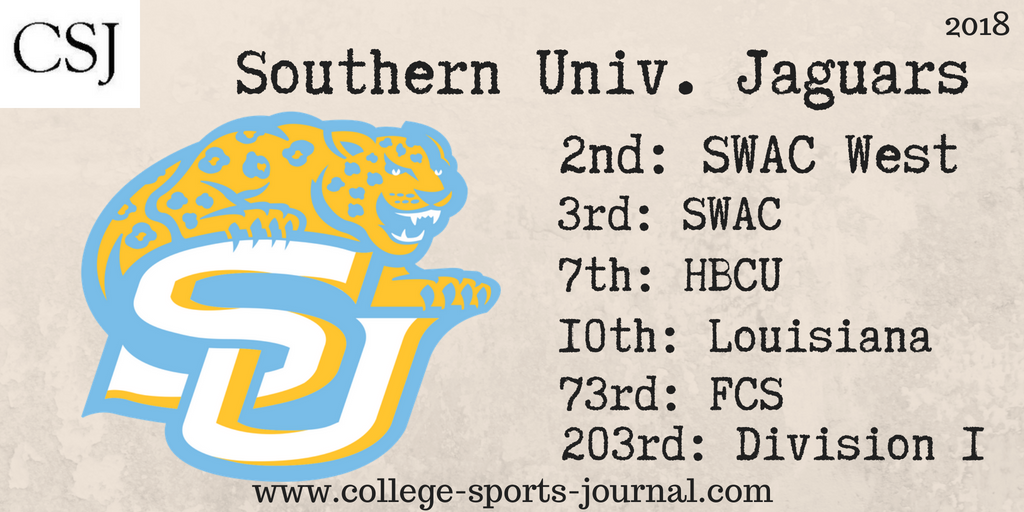 Biggest Shoes to Fill: Coming off a seven interception season in 2016, opposing QBs didn’t throw the way of CB Danny Johnson nearly as often, though he still had three picks in 2017. This dynamic playmaker will be missed – he scored six touchdowns in five different ways for the Jaguars, two by interception return, one by punt return and one each passing, rushing and receiving.

Key Player: WR Kendall Catalon didn’t catch a pass until Southern’s sixth game, but the sophomore from Mansfield, TX made a big impression once he did, with 24 catches, 343 yards and 2 TDs. With much of Southern’s playmakers graduating from last year’s team, Catalon will surely need to expand his role and skills as a collegiate multi-faceted offensive weapon.

Fearless Prediction: Odom’s steady hand as head coach and clear pipeline of talent should have Southern back near the top of the SWAC western division again this season. Will it allow them to get over the hump against their archrivals Grambling? Unfortunately, I think they will remain one step away.