Below are the Final 2018 Top 25 FCS rankings based on the Sagarin rankings after all postseason games have been completed in Division I play. These rankings include all FBS Bowl games and the entire FCS playoffs. 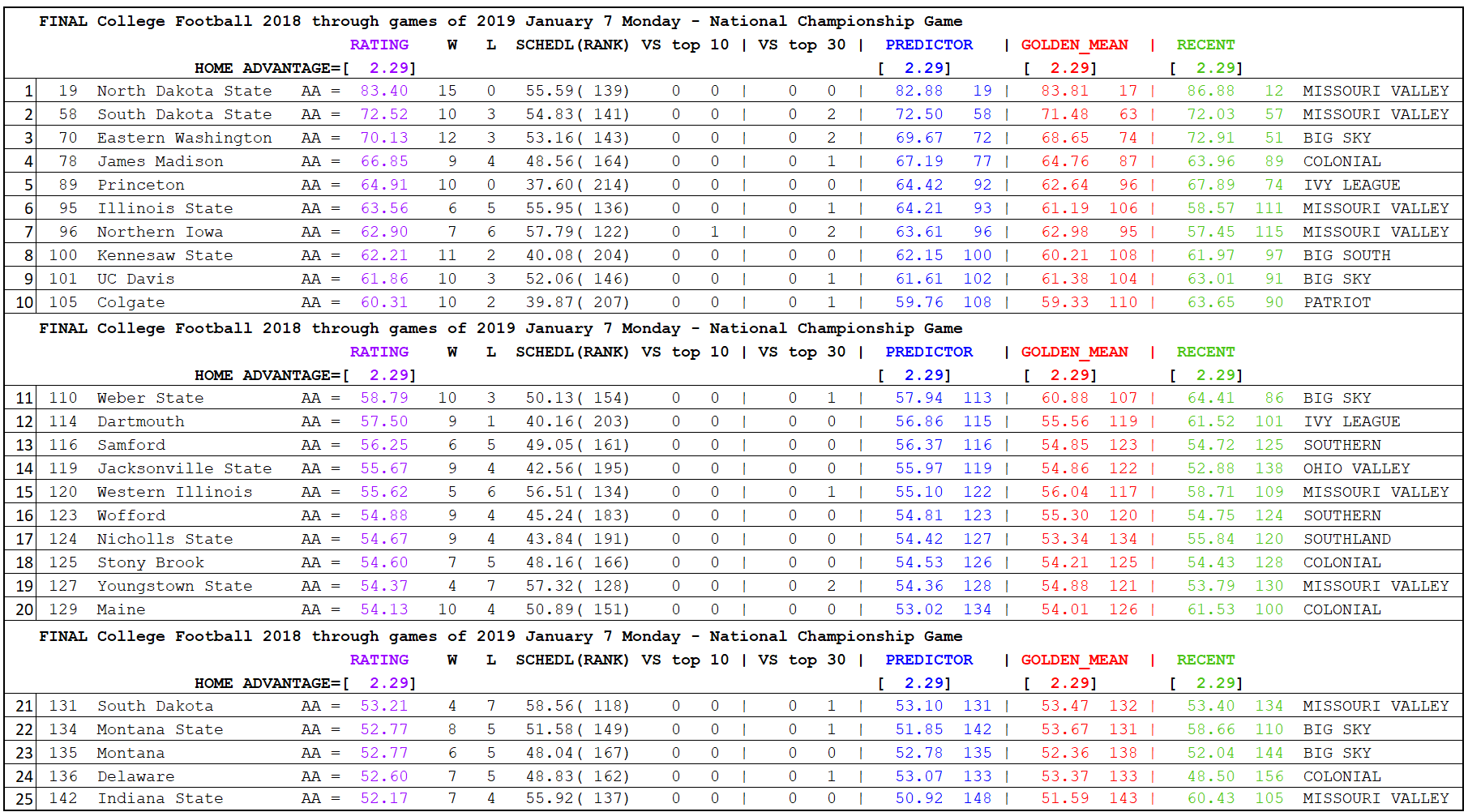