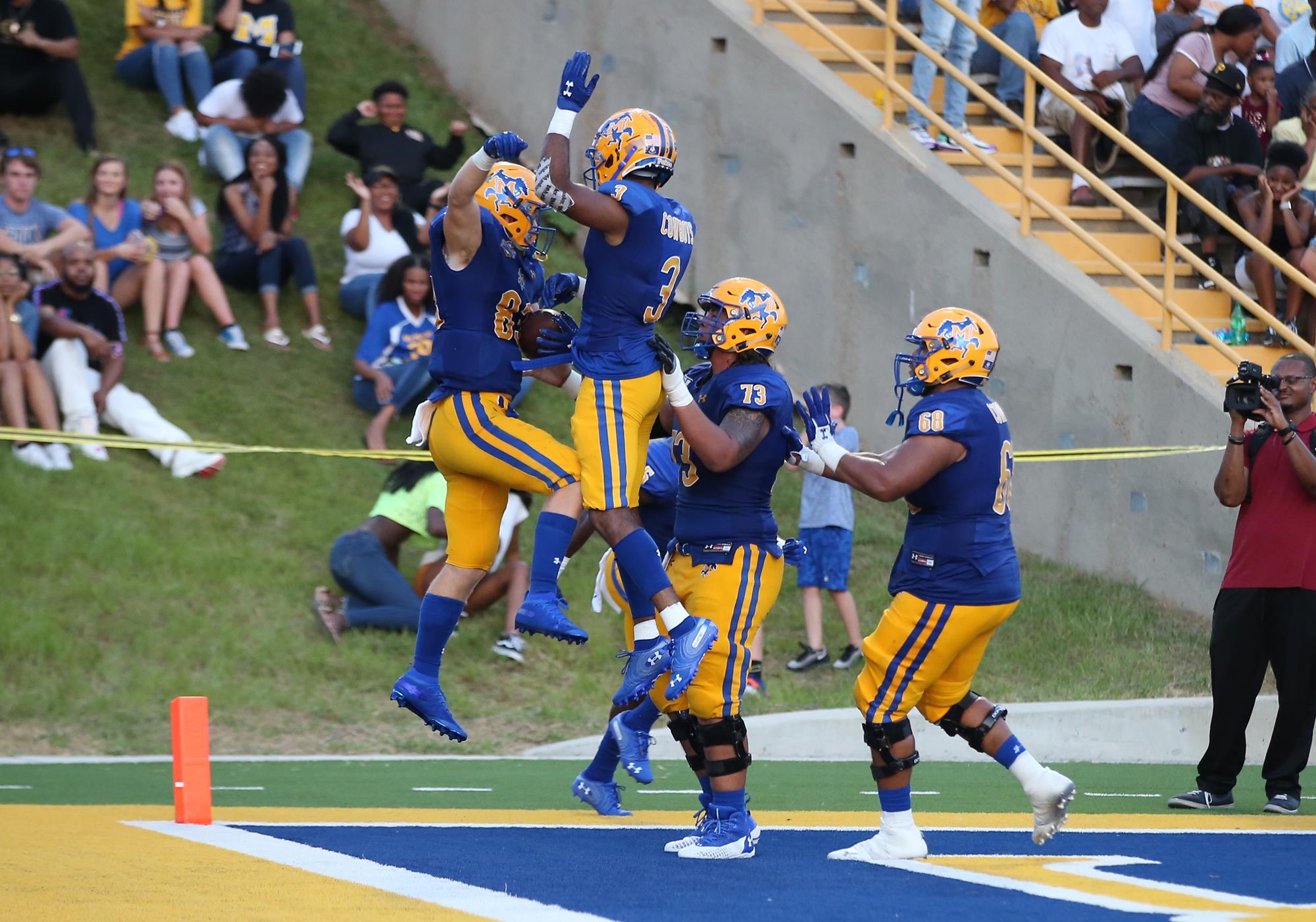 1/3 of the way through the season, there are still a large number of Southland teams in contention for the league title. What was already thought to be a crowded field has only gotten more crowded with the level of play of Southeastern Louisiana. The Lions are 2-1 with their eye on more. Sam Houston State should be back in the race this year as well. Nicholls has struggled a bit the last two weeks, but they have a lot of conference play left after this weeks FBS matchup.

Sam Houston is off to a solid start in 2019. They came away disappointed in week one. The Bearkats went to New Mexico and played an FBS opponent extremely competitive, losing by just eight points. The Bearkats and their faithful really thought that was a game they could win. After bludgeoning an NAIA opponent Sam Houston fell to North Dakota, just as they did last year. Southland play opened last week for Sam Houston where they easily handled Incarnate Word. Always known for a strong offense and lackluster defense, the Bearkats held UIW to just 6 points. If Sam Houston can get consistently strong defensive performances, they are going to be a tough team to beat throughout the year.

Key Player: Sam Houston spent all of last year trying to find the right replacement for Jeremiah Briscoe. That continued a bit this year, but the Bearkats have settled on QB Eric Schmid under center. Schmid is averaging 229 yards per game and has thrown seven touchdowns and three interceptions. If needed, he can also tuck the ball and run. In four games, Schmid has added four touchdowns on the ground, which is tied for the team lead.

In a conference ripe with strong QB play, not many teams in the Southland have a defense that can key them to victory each week. However, McNeese State is one of those teams. They have a solid quarterback in Cody Orgeron – son of LSU head coach Ed, but McNeese knows their bread is buttered on defense. They will slow teams down and play physical, which is sometimes hard for the wide open offenses to adjust to in the Southland conference. Eventually, the Cowboys will need to see the offense put the team on its back and win a game. If they can get to 20 points, they’ll win more games than not.

Key Player: To slow down powerful offenses, you need to make the quarterback uncomfortable. McNeese has just the guy for that in LB Carlos Scott. Through four games, Scott has 28 tackles with 2 tackles for loss and 1.5 sacks. Scott has also forced a fumble that he recovered and added another QB hit. It will be imperative that he get Eric Schmid of his mark if McNeese is going to win this game.

The early season FCS surprise Houston Baptist will pick up their fourth straight win and they will do so in blowout fashion behind another star game from Bailey Zappe. Houston Baptist 48, Texas Southern 20

If Lamar is going to return to the playoffs, they cant slip up against bad teams like Stephen F Austin. The Lumberjacks game Nicholls a game last week for a half and may do the same this week, but Lamar wins. Lamar 31, Stephen F Austin 17

Nicholls will be looking to put an FBS win in their back pocket for the second year in a row. Unfortunately, Texas State no longer has the worst coach to continue to get promotions, Everett Withers, on their sideline. Jack Spivital is a better coach. Nicholls has a chance to win this game and the senior quarterback to do it. But they will come up just short. Texas State 21, Nicholls 20