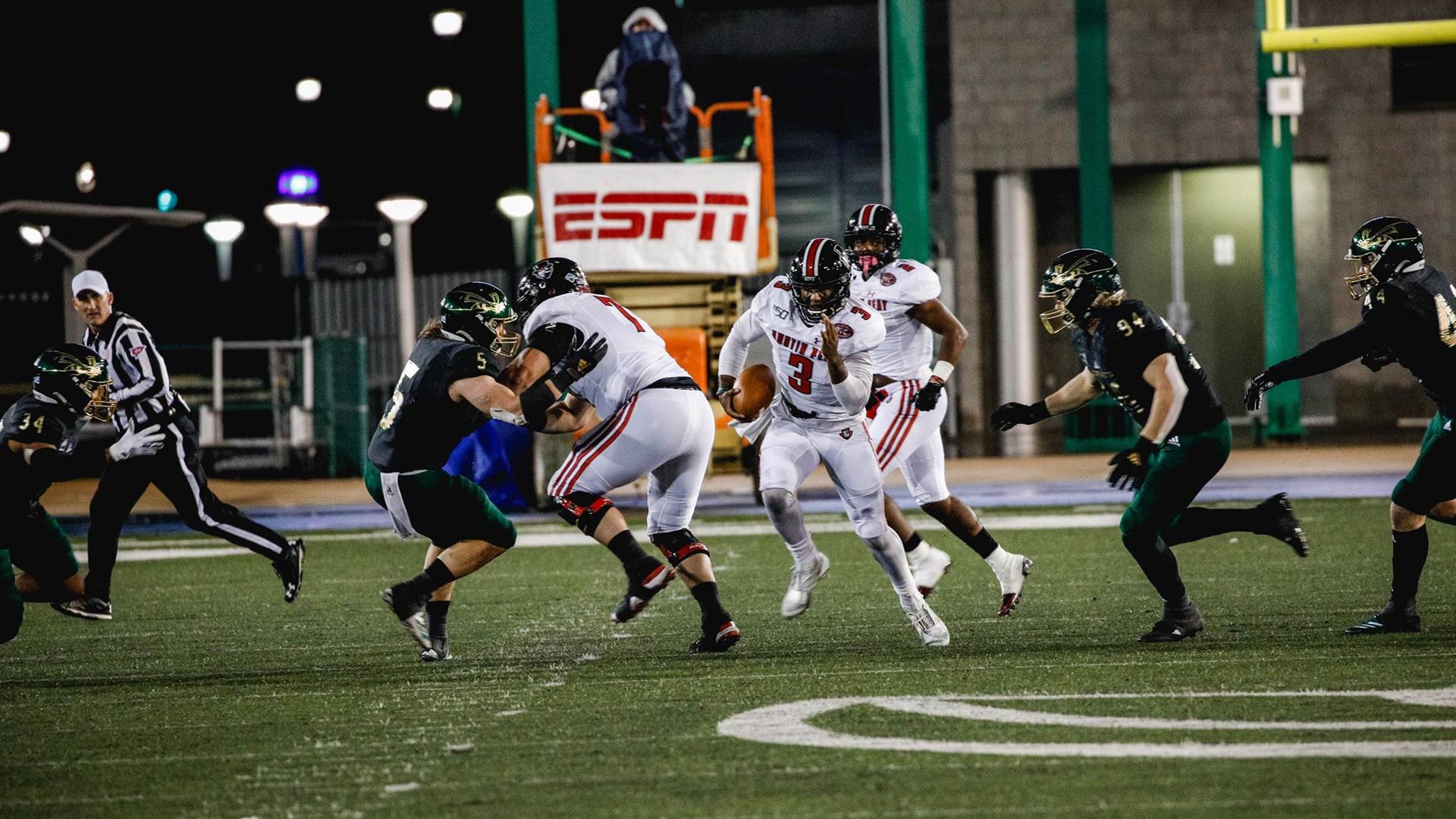 SACRAMENTO, Calif. – Another chapter was written in Austin Peay’s history-making season as the Governors rolled early and often on their way to a 42-28 win over Sacramento State on Saturday in the second round of the Football Championship Subdivision playoffs at Hornet Field.

All-Everything quarterback JaVaughn Craig accounted for 368 yards of total offense as Austin Peay won for the seventh straight time to tie a program record and improved to 11-3 on the season with the win. The Governors will play at Montana State on Friday in the quarterfinal round of the playoffs The winner of that game will advance to play whoever wins between Illinois State and top-ranked North Dakota State. The Redbirds and Bison play on Saturday at the Fargodome in Fargo, N.D.

Sacramento State, the co-champions of the Big Sky Conference, finishes the season at 9-4 after entering Saturday’s second-round game with a No. 4 seed in the playoffs.

Sacramento State never seriously challenged in this one.

The Governors scored twice in the opening period on the way to building a 28-0 lead and cruising to the win.

Craig got loose for a 36-yard scramble and found DeAngelo Wilson moments later on a 15-yard pass for the first points of the game.

The Govs defense also played a huge role in the outcome and showed its strength from the start.

After AP took the lead, the AP defense forced the Hornets into a quick three-and-out that gave Craig an opportunity to shine once again. He teamed with Wilson on a 40-yard completion to move the Govs into the red zone and tossed a three-yard pass to Baniko Harley six plays later as AP extended its lead to 14-0 in the opening period of play.

“You came across the country to obviously have fun and experience this,” Craig said, “which is something that we’ve never experienced before. But at the end of the day, we came to win.”

If a potent offense and a tough defense wasn’t enough, AP tossed in a bit of trickery for good measure.

Following Harley’s touchdown, AP tried an onside kick to perfection as Harley recovered to put the Govs’ offense back on the field.

“We didn’t come this far to only come this far,” Austin Peay head coach Mark Hudspeth said. “So we were going to call it aggressively. We came to win the game and not to keep from losing. I was proud of our kids by the way they prepared and the way they played and got off to a fast start.”

It took just four plays to score as Harley took a direct snap on a fourth-and-one and ran 40 yards to increase the Austin Peay lead to 21-0 late in the first quarter.

The Govs led 21-0 at halftime before adding another touchdown in the third period when Kentel Williams took a direct snap and scampered in from one yard out to give AP a 28-0 lead.

The Hornets managed to get on the board later in the third quarter. Quarterback Kevin Thomson completed a pair of long passes, one to BJ Perkinson, of 40 yards, and a 24-yard pass to Parker Clayton to put SSU on the doorstep. Thomson dove in from one yard out for the first score of the game for the Hornets.

Craig answered in typical Craig fashion. He broke loose for a 58-yard jaunt to put the Govs back in business inside the red zone. He later avoided three sack attempts before scoring from 18 yards away to virtually seal the deal for the Govs in the game.

Craig finished the game with a career-high 164 yards rushing on 12 carries. He also completed 18 of 28 passes for another 204 yards on the evening and threw a pair of touchdowns for the Governors. His pass to Wilson for a touchdown in the first quarter was the 26th TD pass of the season for Craig and the 14th scoring reception for the talented wide receiver.

Wilson caught eight passes on the evening for 132 yards. It was his seventh 100-yard performance of the season. Harley tacked on 90 all-purpose yards with his three touchdowns on the night.

Thomson led the Hornets with 306 passing yards after completing 21 of his 53 pass attempts and running for an additional 87 yards. Sacramento State was held to just 99 yards rushing by the tough Austin Peay front line.

Austin Peay will next travel to Bozeman, Montana where they will face off against the Montana State Bobcats of the Big Sky Conference in the FCS Playoff quarterfinals. It is scheduled to be broadcast online on ESPN3 and will kick off at 8:00 PM Eastern on Friday. Sacramento State beat Montana State earlier this season 34-21.