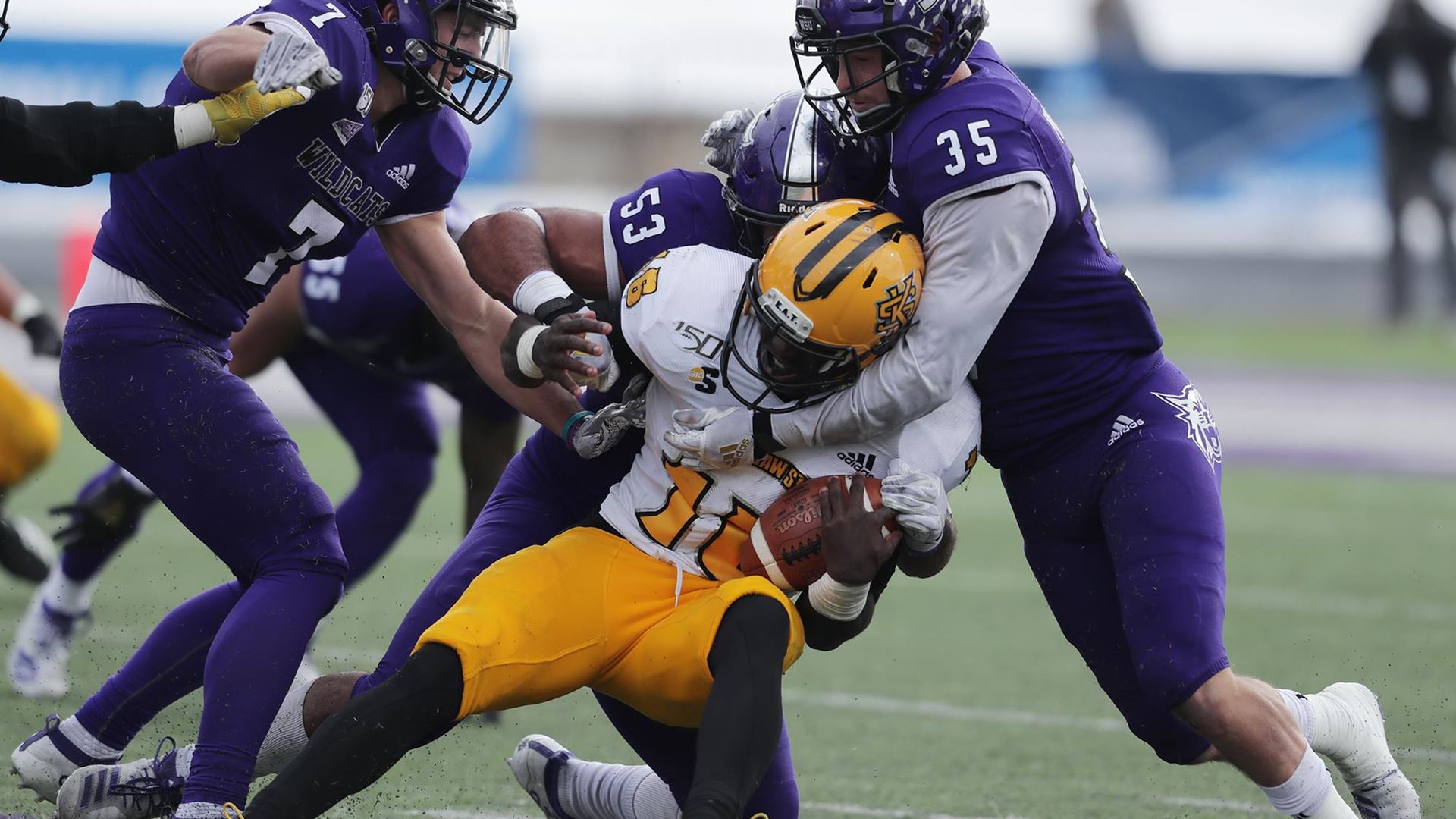 OGDEN, UT – Kennesaw State jumped to a 17-12 halftime lead over Weber State in their FCS Playoff matchup, but the host Wildcats used a big defensive play to take the lead and rode its momentum to a 26-20 second-round win.

Tied at 3 early, Kennesaw State, who runs a triple-option offense, ran an 18-play, 92-yard drive that chewed 9:38 off of the clock. The drive was capped off with an eight-yard touchdown run from QB Jonathan Murphy. The 18 plays and 9:38 were both season-highs for the KSU offense, and gave the Owls a 10-3 advantage.

After Weber State rallied to make the score 10-9, Murphy, who was pressed into service for his first-ever Division I game action last week, completed his first-ever pass, a touchdown to RB T.J. Reed to make it 17-9 Kennesaw State.

A 24 yard FG by the Wildcats PK Trey Tuttle cut the deficit to 17-12 at half, but then it would be the Weber State defense who would come up with the play that turned the course of the game.

A missed option pitch was scooped up by DE Adam Rodruiguez, who managed to grab the ball, stay in bounds and score the go-ahead touchdown to make it 19-17.

First time in the lead today‼️

From there that was all it took, as two drives later Weber State RB Josh Davis scored on a 2 yard touchdown run that made the score 26-17, and allowed the smothering Purple People Eaters to take the air out of the football the rest of the way.

On defense, LB Conner Mortensen led the Wildcats with 15 total tackles, including one tackle for loss. He was all over the field, making some big stops in the second half to force Kennesaw State drives to a halt. Rodriguez and LB Noah Vaea each added nine tackles and S Preston Smith had eight.

Rodriguez finished a most memorable game for him with a final sack of Murphy at about midfield on their final possession, allowing Weber State to run out the clock with the FCS Playoff victory.

“Fun game. Kennesaw is one heck of a team, you can see why they’ve won all the games they’ve won in the last three years,” WSU head coach Jay Hill said. “They’re tougher than nails, they’re hard to stop. We knew it was going to be that way. We’re battle-tested, which is good.”

With the win, Weber State earned a home rematch against Montana in the FCS Playoff Quarterfinals next week. It’s scheduled to kick off this Friday at 8:00 PM MST at Stewart Stadium, and will be broadcast nationally on ESPN2.