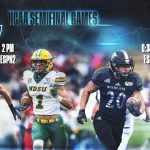 It’s the next-to-last weekend of FCS football action, and it’s going to be a jam-packed Saturday with three games to showcase the best of FCS football. The unofficial HBCU National Championship is on the line, while the FCS Playoff Final Four see who advances to Frisco. 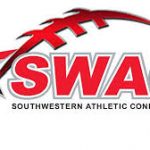 Last season, Alcorn State was oh-so-close to knocking off North Carolina A&T in the Celebration bowl. This season, who is likely to be competing for a Celebration Bowl bid, and who’s likely to be sitting at home? 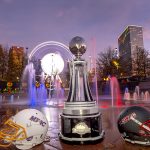 It’s becoming a habit for Aggie fans, trips to Atlanta in mid-December. That’s because North Carolina A&T is once again competing in the Celebration Bowl. In it’s four year history, this will be the third time the Aggies are the MEAC representative. The two other times they came to Atlanta, in 2015 and 2017, they won.