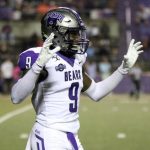 For a second year in a row only six former FCS players were selected in the NFL Draft. This year seemed to be even more small-minded of the NFL as they stuck to drafting five from the Missouri Valley, including three former NDSU Bison, and one from the Southland Conferences. While the NFL was timid […]

Dear NFL, Why? Why was there such a distrust of the FCS in this year’s NFL Draft? What was it that made the FCS so undesirable?– Bad grades from scouts?– Coaches worried about the strength of the schedule?– GM/Owners worried about the “lower division” talent? The previous low was 13 picks last year. A new […] 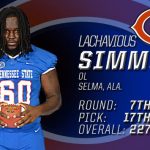 It was a nerve-wracking three days, but in the end the result was worth the wait. 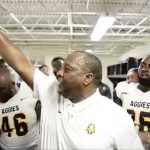 Once upon a time, HBCUs were the place to draft NFL talent. But that hasn’t been the case lately. 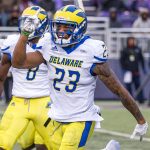 While our lives are put on hold by COVID let’s get a discussion piece going. FCS players are often discounted as a lower division athlete. I thought it might paint a clearer picture of the FCS player contributions by making this list. Hopefully, NFL teams will continue to see the value of FCS players in […] 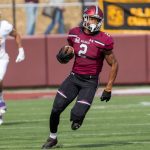 With the COVID-19 shutting down the college and professional athletics world this spring of 2020, there is one sporting event upcoming that involves college football players moving on to the professional ranks that sports fans can look forward to. That one event is the NFL draft taking place April 23-25. The FCS ranks has put […] 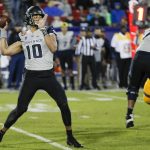