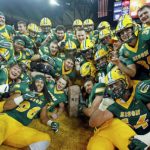 The biggest FCS Game of the Week was about a lot more than a piece of rock. North Dakota State’s hard-fought 21-17 win over South Dakota State in the Fargodome was a marker for a heck of a week in the FCS. Aside from the Bison win, Missouri State upset the apple cart in the […] 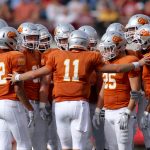 It was a thrilling week in FCS football with some thrilling conference games, a couple of shocking conference upsets, and yet another FBS scalp taken by an FCS school. Nicholls gave Sam Houston State their second consecutive loss in a shocking 27-7 win, Montana won a back-and-forth thriller against conferencemate Sacramento State 41-34, Chattanooga remained […] 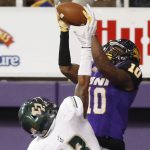 Top 10 Twitter Highlights No. 2-ranked North Dakota State rushed for 375 yards and rolled to a 40-13 victory over No. 6-ranked Eastern Washington in a key non-conference football game Saturday, Sept. 9. Bruce Anderson had 160 yards and one touchdown and Lance Dunn ran for 148 yards and three TDs for the Bison, who […]