TROY, AL. — There is only one constant in collegiate athletics, and that is change.

Sure, the NCAA already had the “big boys’ of collegiate competition but the NAIA was a better fit for all of the smaller schools playing the intercollegiate athletics game.

Ever since 1978, when the NCAA sub-divided the Division I level into two divisions, colleges and universities have been trying to define themselves to see where they fit best in the athletics competition and the athletics revenue business.

The 1980’s saw the first of another great transition in collegiate sports with schools wanting to get to the highest level in the football competition arms race.

The 1990’s saw more schools transition to the I-A (now FBS) level and there was a big move for NCAA Division II schools to make a move to Division I and to play in I-AA (now FCS) football.

The bell-weather cow for the move to the FBS is Boise State University, who made the leap in 1996 — just two years after a run to the 1994 I-AA championship game, where the Broncos lost 28-14 to Jim Tressel’s Youngstown State Penguins.

The Broncos have been ranked in the Top-5 in football polls and have been a BCS bowl game buster or “outsider.” BSU has even shared in some of the big-time bowl football riches.

Marshall, Connecticut Louisiana Tech, South Florida, Central Florida, Nevada, Troy and Arkansas State, among others have had some success after jumps to the Football Bowl Subdivision, though many other programs have been less fortunate.

But with the move of so many programs from the Football Championship Subdivision, the domino effect has been in place as schools like Elon, Coastal Carolina, Gardner-Webb, North Dakota State, South Dakota State, North Dakota, South Dakota, Old Dominion, Wofford, Stony Brook, Jacksonville State and Samford have made the successful transition to what once was called the Division I-AA level.

Abilene Christian and Incarnate Word, among others, will be bringing their football programs to the FCS level in the next couple of years.

But flying under the football media radar is Troy University, which has been a football power at every level they have played from NAIA to I-AA.

And it has forged more consistent success at the FBS tier than any team not named Boise State.

Currently, Troy is 3-3 overall and 2-2 in league, with the heart of the Sun Belt Conference schedule still to come. There are also back-to-back non-conference games ahead with Tennessee and Navy.

Troy is coming off a 31-26 Sun Belt loss last Saturday to Western Kentucky, the 2002 national champion in I-AA, and hosts two other teams that have made the move to FBS in the next two games, Florida International and Florida Atlantic.

The Trojans’ football program, which has tallied seven winning seasons and one .500 record in the previous 11 years at the FBS level, is the poster child for football movement.

Troy was an NAIA powerhouse and claimed the 1968 national championship, before moved to the NCAA in 1970 and joining the Division II Gulf South Conference.

The Trojans won the conference championship in just their second year.

It was current head coach Larry Blakeney’s second season at the helm of the Trojans. 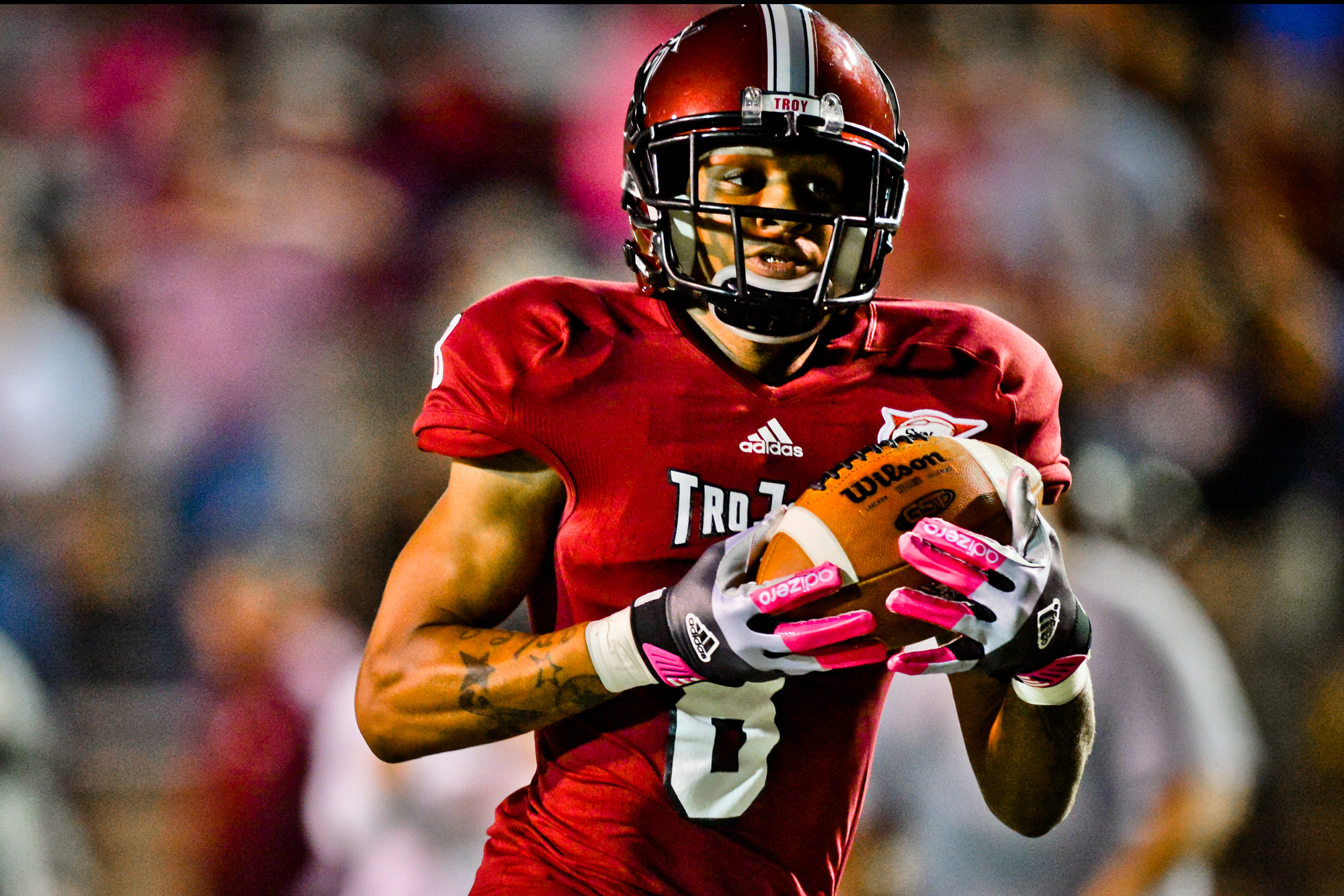 In its first year of playoff eligibility in 1993, Troy advanced to the national semi-finals eventually losing to the Marshall Thundering Herd.

Football success was thriving in Troy in the 1990’s as the Trojans advanced to the NCAA playoffs in seven of their nine years of eligibility.

The Trojans transitioned to the I-A level in 2001 and opened the current chapter of Troy football with a road game at Memorial Stadium in Lincoln, NE. against the Nebraska Cornhuskers.

Troy competed as an NCAA Independent for three tears before joining the Sun Belt Conference in 2004.

“Troy has had a proud athletics, football in particular, tradition, but there is room for more growth and more national athletics exposure.” said newly hired Athletic Director John Hartwell. “We will strive to make Troy University a national power in athletics and make Troy a great educational destination for students and student-athletes.”