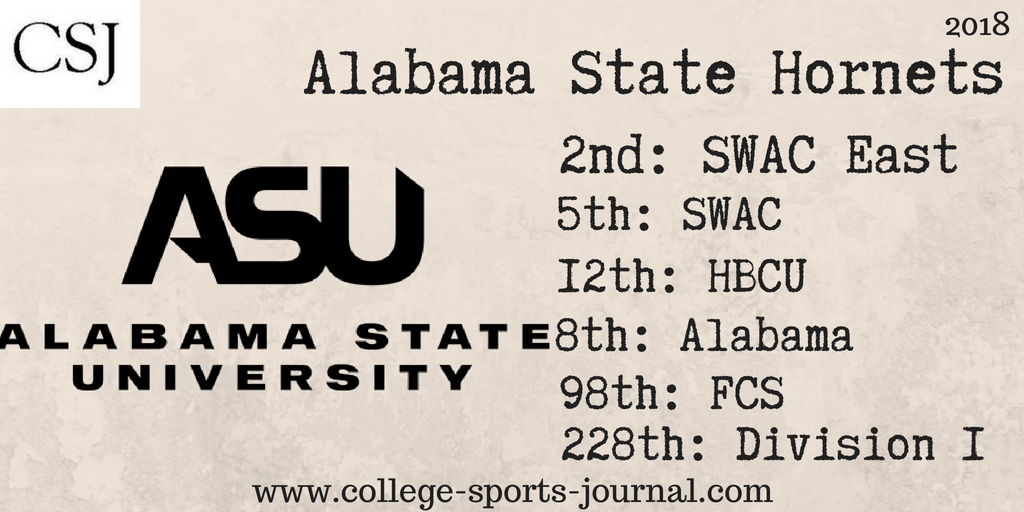 2017 In A Sentence: After controversial head coach Brian Jenkins was fired after an 0-5 start, Donald Hill-Eley, former Morgan State head coach who was on Jenkins’ staff, took over, and engineered a quick turnaround, winning four of the next five games to salvage a 5-6 record.

Biggest Shoes to Fill: 5’11, 305 lb DT Andre WIlson won’t only be a big body to replace physically, the Hornets will have to replace his massive production on the D line as well, where he notched 40 tackles and 4 tackles for loss.

Key Player: The Hornets turnaround came thanks to their potent defense, but the development of QB Darryl Pearson Jr., who became more of a conventional signalcaller once Jenkins was fired, will be the key to any SWAC success the Hornets will have this season. Pearson, a transfer from Arkansas State, is an athletic dual-threat quarterback, but can he develop more of a passing game to complement his rushing skill?

Fearless Prediction: Hill-Eley deservedly shed the “interim” label to become Alabama State’s new head coach. He seems to be the exact right guy to get the most out of this team – but can the offense catch up to the defense?