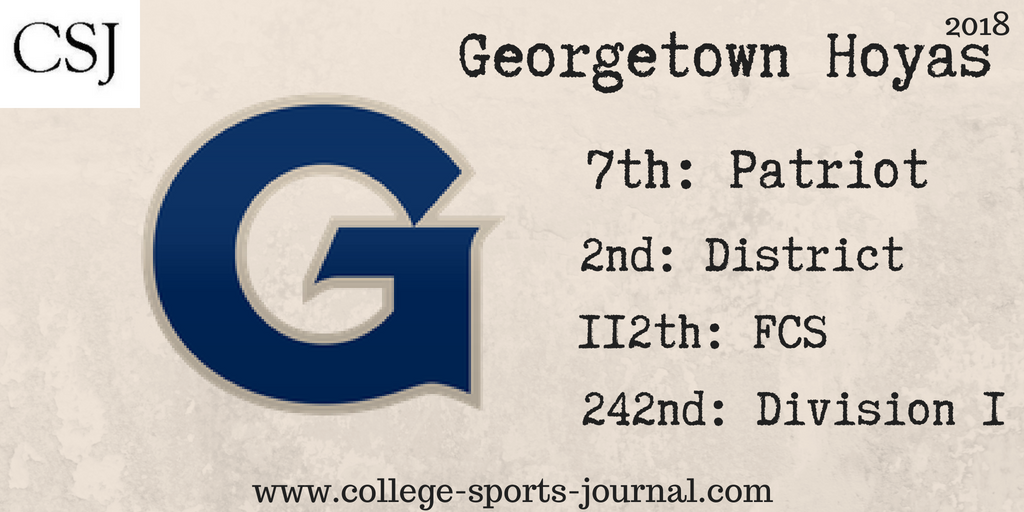 2017 In A Sentence: The good news was that the Hoyas had a defense that could keep them in games – yielding only 12 points to Bucknell and 7 to Lafayette – the bad news was that the offense consistently couldn’t take advantage, ranking 120th in total offense on the year.

Biggest Shoes to Fill: Building an offense won’t be easy with RB Alex Valles (183 yards) and RB Issac Ellsworth (133) both graduating. The Hoyas need a stronger rushing attack to get some pressure off their quarterbacks.

Key Player: DL Khristian Tate was a huge part of Georgetown’s success on defense, notching 69 tackles, including 12 1/2 for loss, and even contributing a pair of defensive touchdowns. Georgetown will probably be hoping to find more scoring elsewhere, but his continued development will be something that Hoya fans will be excited to see.

Fearless Prediction: Unless they have a star offensive recruit none of us know about, its hard to envision them doing much better this year. A weak non conference schedule could yield them two or three wins, but not many beyond that.