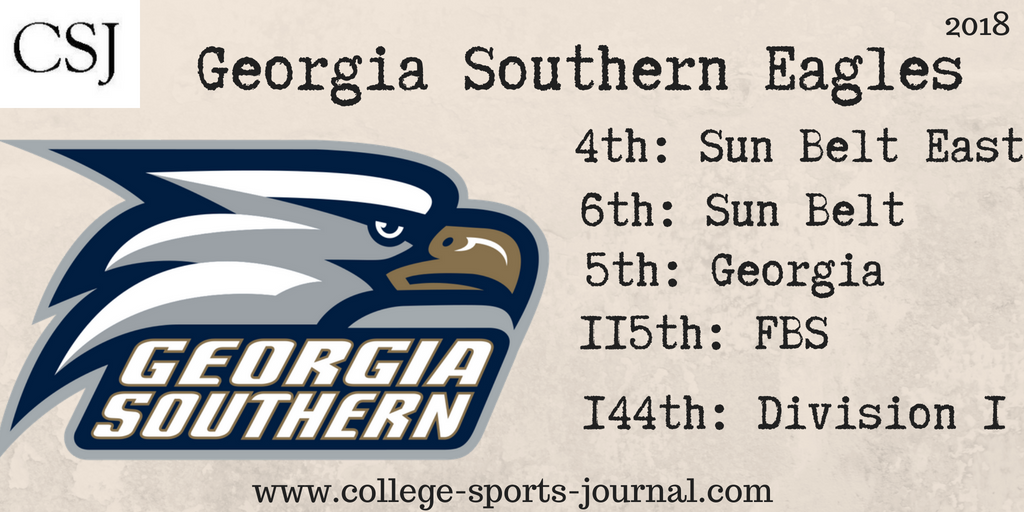 2017 In A Sentence: The Eagles struggled with six straight losses and fired Coach Tyson Summers, who tried to stray away from the traditional triple option offensive attack, and was fired with assistant Chad Lunsford taking over the second half of the season to lead the team to a 2-10 overall finish.

Biggest Shoes to Fill: OT Tommy Boynton was a two year starter at left tackle and was an anchor on the line with his leadership upfront will be missed this year.

Key Player: NG Logan Hunt was a force in the middle of the defensive line for the Eagles, leading the squad in tackles for loss with 11.0 and sacks with 5.0. The now-senior also totaled 32 tackles and six quarterback hurries. He hopes to lead the defense to better results after the team gave up 32 points per game in 2017.

Fearless Prediction: Georgia Southern has a rich tradition having won six FCS national titles before moving to FBS in 2014. If the Eagles can get the triple-option attack back again, it will again rise in the Sun Belt standings. However, it may take a year for an undersized and still relatively young team to earn a bowl bid.