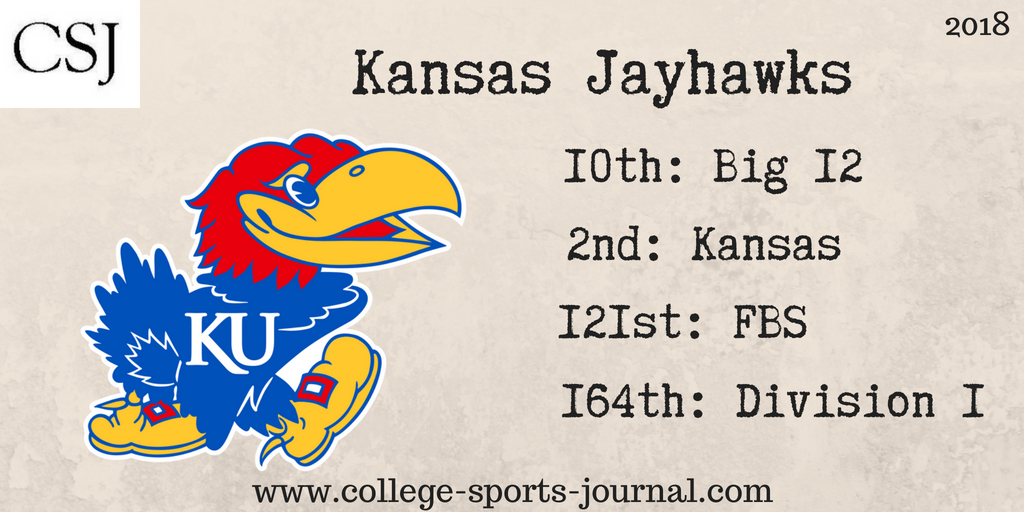 2017 In A Sentence: The Jayhawks won just a single game (season opener against FCS Southeast Missouri) and then lost 11 in a row to finish 1-11 overall.

Biggest Shoes to Fill: DE Dorance Armstrong had 10 sacks and 20 tackles for loss in 2016, including a dominant showing in Kansas’ upset victory over Texas. In 2017, though, he regressed from a production standpoint with just 1.5 sacks and nine tackles for loss but still was selected in the 4th round of the NFL draft by the Dallas Cowboys.

Key Player: Senior LB Joe Dineen was the Big 12 Conference’s leader in total tackles (137), tackles for loss (25.0) and solo tackles (93) in 2017. Dineen will hope to take the leadership role for a Kansas defense that gave up over 43 points per game.

Fearless Prediction: With just three victories over the last three seasons, Coach Beaty is sitting squarely on the hot seat for 2018. There was added pressure this spring when athletic director Sheahon Zenger was fired in May. Former Arkansas athletic director Jeff Long was hired to fill Zenger’s role. It likely is win now or a new coach will be in Lawrence next year.