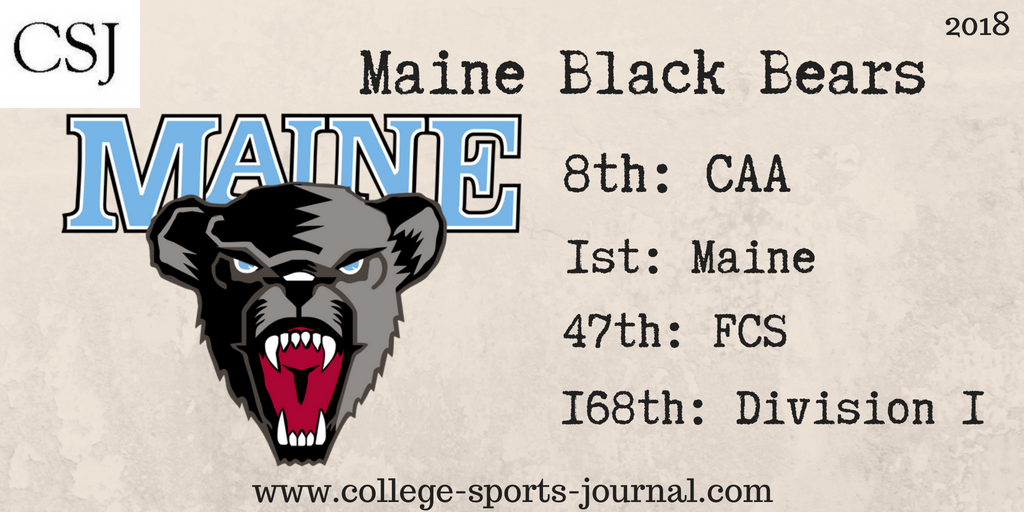 2017 In a Sentence: Maine played in quite a few tight games in 2017. They could never pull away in wins or quite catch up in losses. A look at their stats from 2017 shows them to be nearly equal with their opponents in many categories.

Biggest Shoes to Fill: RB Josh Mack led the FCS in rushing yards as a sophomore for Maine in 2017. In December, coach Joe Harasymiak announced that he had granted Mack’s request for a release in order to transfer to the FBS level, and in April Mack announced he was joining rising FBS member Liberty. Mack’s transfer leaves Maine with a huge hole to fill. Key Player: QB Chris Ferguson started all 10 games for Maine in 2017 as a freshman. He will need to take that next step forward and avoid the sophomore slump. If he can improve upon his freshman numbers, Maine will again play in a lot of close games. He will be extremely important early the season as the team searches for a new #1 running back.

Fearless Prediction: Maine will beat either New Hampshire or Villanova, but remain around .500 despite being in the discussion for a playoff push midway through the season.