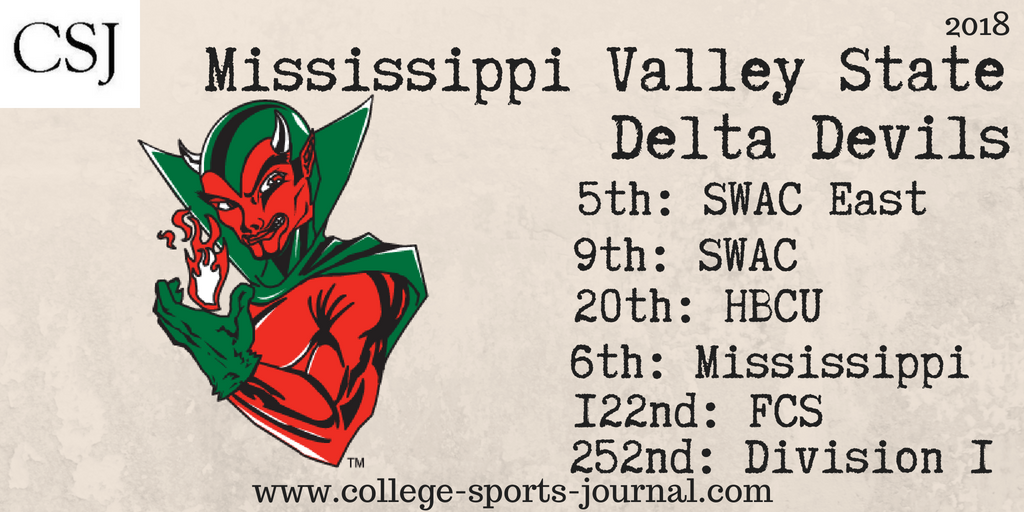 2017 In A Sentence: The Delta Devils finished with just three rushing touchdowns, negative yardage on the ground, and surrendered 56 sacks in 2017 so it is understandable why former head coach Rick Comegy has been relieved of his duties after finishing 2-9 overall and 1-6 in league play.

Biggest Shoes to Fill: Left tackle Alvin Solomon had been a staple in the MVSU offensive line his four years in Itta Bena. He was the team captain and named this past year to the All-SWAC team.

Fearless Prediction: New head coach Vincent Dancy takes over after being the defensive coordinator for the Delta Devils the past two seasons. The key to MVSU improving will be better offensive line play. If this can be done as he has made a focus in his recruiting this year, the Delta Devils could improve slightly but likely will take a year or two for this team to start compete in the SWAC consistently.