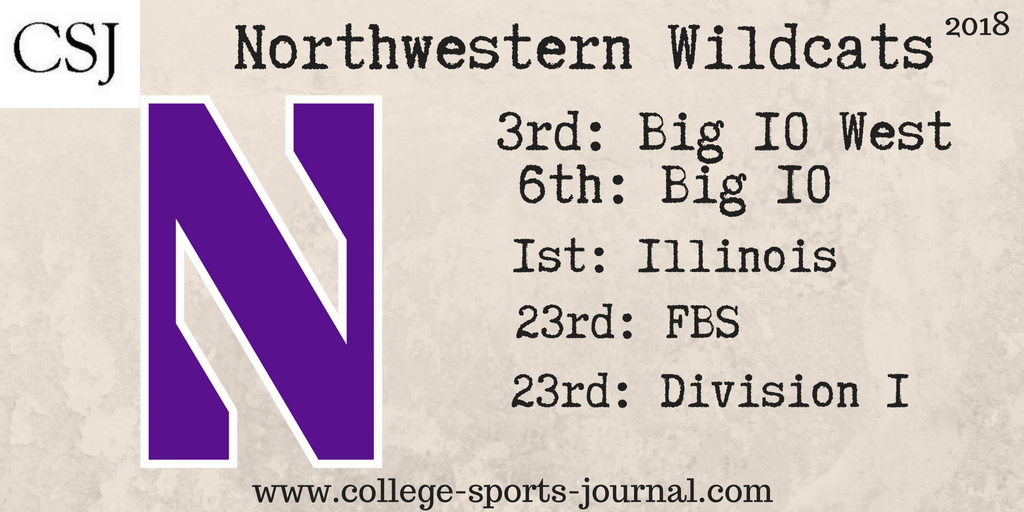 2017 In A Sentence: After a rough 2-3 start, Pat Fitzgerald‘s Wildcats bulldozed their way through the rest of the year, winning their last seven games including three straight overtime victories. They were rewarded for their season with an invite to the Music City Bowl, where they won their eight straight contest over Kentucky 24-23.

Biggest Shoes to Fill: S Godwin Igwebuke was a four-year stater for the Wildcats, where he notched racked up 324 career tackles, as well as seven interceptions and 13 tackles for loss.

Key Player: Northwestern does it with defense – something you’d expect by a team coached by a former linebacker – and sackmeister DE Joe Gaziano is just one of the players that return to the Northwestern defense this year. With 11 1/2 tackles for loss including six sacks, he will be looking to add to his already-impressive totals this season as well.

Fearless Prediction: The Wildcats, like last year, can be seen as a possible sleeper team in the Big 10 because they’re a team that won’t kill themselves and have such a good defense they can stay in games for four quarters. They’re still unlikely to get over the hump and get into the CFP, but they should be a team no Big 10 team will want to see in an upcoming week.