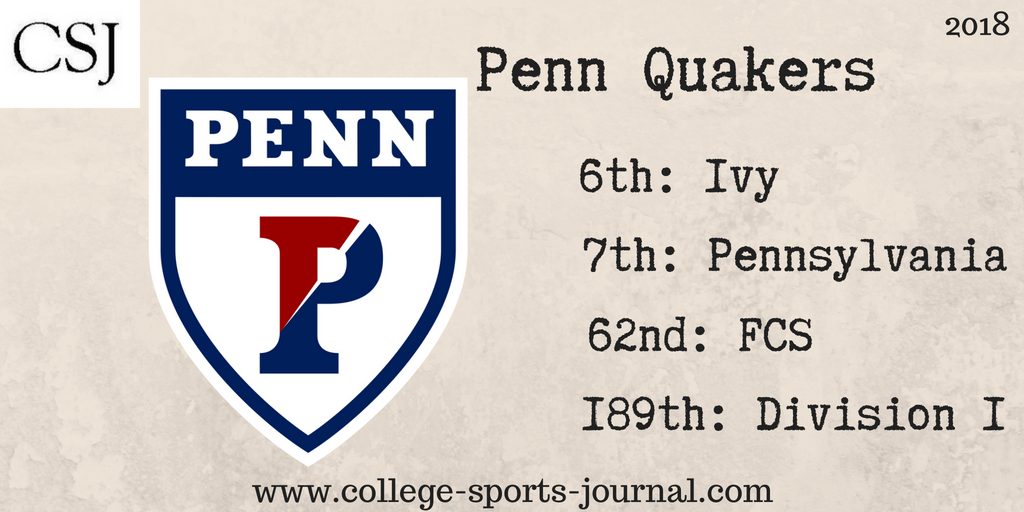 2017 In A Sentence: It was a tale of three seasons for the Quakers: the 2-0 start that were a pair of blowout victories; the 0-4 stretch that crippled their chances at an Ivy League title; and the 4-0 surge at the end of the year to finish a respectable 6-4 and over .500.

Biggest Shoes to Fill: WR Justin Watson was the Quaker go-to receiver on offense and was one of the best receivers in Penn history, racking up 81 catches, 1,083 yards and 14 TDs in his final season in a Quaker uniform. The NFL’s Tampa Bay Buccaneers selected him in the fifth round of the draft this past April.

Key Player: QB Nick Robinson, a transfer from Georgia, only started one game last year, but it stands to reason that he will have the inside edge on the starting QB role now what QB Will Fischer-Colbrie graduated. Filling in against Central Connecticut State when Fischer-Colbrie got hurt, he looked pretty impressive, throwing for 3 TDs. But can he continue his development now that his two all-Ivy League receiving threats have graduated?

Fearless Prediction: Though picked 6th in the Ivy League, it’s not difficult to envision a scenario where Robinson takes over the offense, the Quakers find a bunch of new playmakers on defense, and make another run at the Ivy League title. But there’s a lot of production to replace and a lot of very good teams returning in the Ivy League, which makes the task difficult.