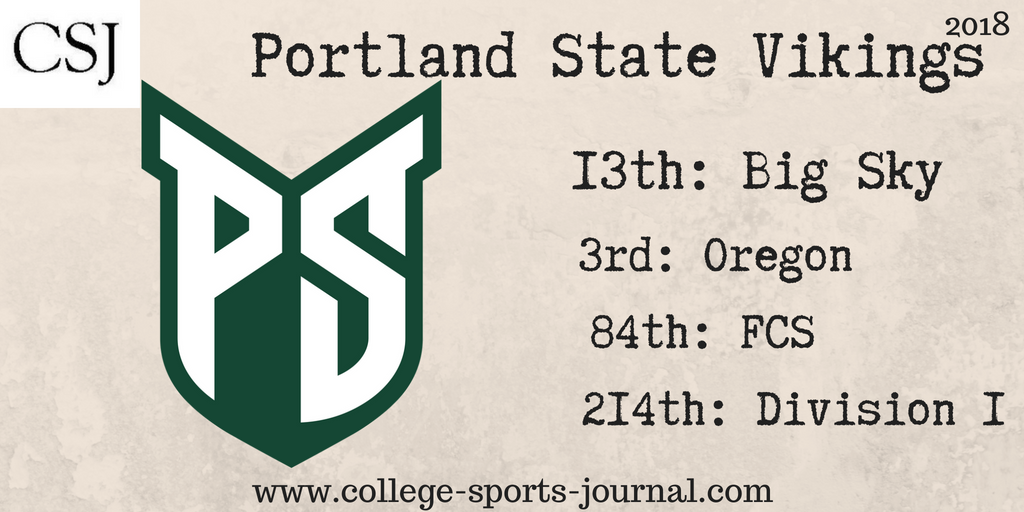 2017 In A Sentence: After a promising start that included competitive losses to FBS opponents BYU and Oregon State, Portland State regressed to go winless for the 2017 season (0-11) — only the second winless season in school history.

Biggest Shoes to Fill: OG Tyshon Mosley started every game for the Vikings at left guard. He started all 20 games in his two year career at Portland State, missing two as a junior due to injury. In that time, the Vikings averaged well over 400 yards per game on offense and over 200 yards per game rushing.

Key Player: TE Charlie Taumoepeau, now a junior, put up big numbers with 45 receptions for 673 yards and three touchdowns last year while being named to the All-BSC second team. He averaged 15.0 yards per catch and had the most receptions by a tight end at PSU since Viking Hall of Famer Barry Naone’s 48 catches in 1988.

Fearless Prediction: The Vikings are again a very young team but can only go up from last year. Two FBS opponents in Nevada and Oregon begin the season just as the team did last year and the school moved all but one its games to the smaller Hillsboro Stadium from Providence Park. Expect PSU to get in the win column at least a couple of times but this team reminds many of the first Coach Barnum team where little expectations were garnered yet still won the Big Sky that year.