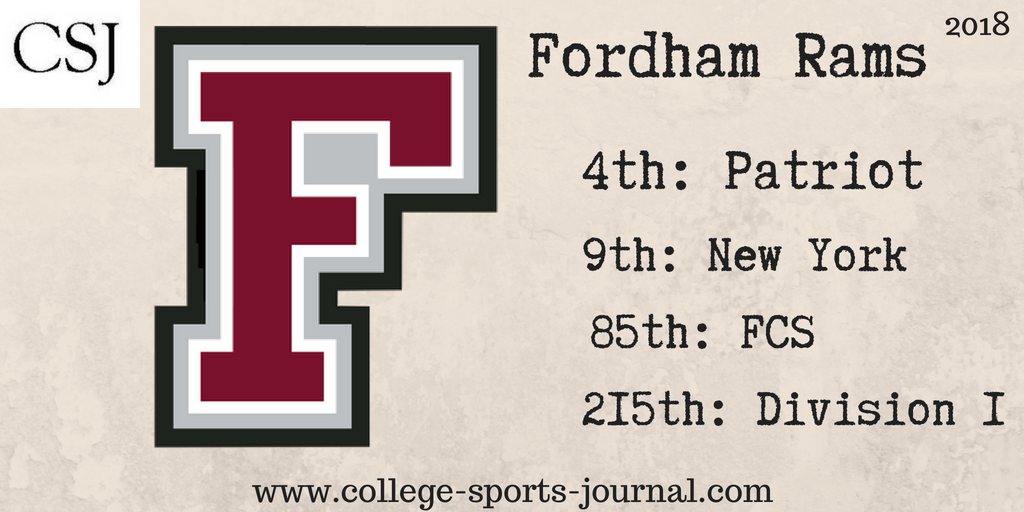 2017 In A Sentence: A season filled with high hopes and a possible FCS Playoff bid crashed and burned early, after an early loss to Lafayette doomed the Rams to a 4-7 season.

Biggest Shoes to Fill: RB Chase Edmonds was not only the most prolific rusher in Fordham Rams history (5,684 rushing yards, 72 TDs), he also was drafted by the NFL’s Arizona Cardinals. The four-year starter will be extremely difficult to replace.

Key Player: New head coach Joe Conlin needs to figure out the identity of his new QB (not to mention RB), but whomever the signalcaller is, he’ll be able to rely on a very reliable receiver in TE Isaiah Searight (33 receptions, 452 yards, 4 TDs) to get him settled into the offense. The development between Searight – an NFL prospect in his own right – and his new QB will be critical to Fordham’s hopes this year.

Fearless Prediction: With head coach Andrew Breiner leaving to join his former boss Joe Moorhead at Mississippi State, Conlin will be Fordham’s fourth new head football coach this decade. The Rams definitely have some terrific Patriot League talent, but a brutal schedule involving Charlotte (FBS), Richmond and Stony Brook to start the year won’t make it easy. If the Rams can beat one of those three teams, they’ll head to Bethlehem with a chance to run through the league and grab the title. Will it all come together?