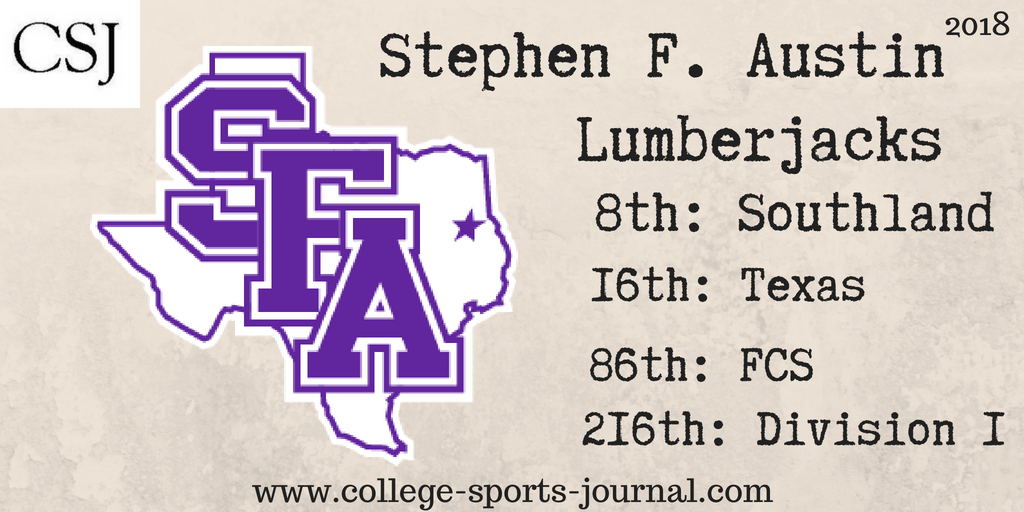 2017 In A Sentence: The big subject about the Lumberjacks this offseason hasn’t been SFA’s rebuilding process after a 4-7 record last year – it’s been the sudden suspension of controversial head coach Clint Conque this June, causing defensive coordinator Jeff Byrd to have to take over the head coaching duties.

Biggest Shoes to Fill: RB Kijana Amous’ rushing and receiving will be sorely missed in 2018. Last year, he was SFA’s rushing leader (639 yards) and all-purpose yardage leader (1,357 yards), and his rushing, receiving and return games were a lot of last year’s production.

Key Player: DB Alize Ward had a breakout sophomore season for SFA, with 75 tackles 40 solo stops, 4 interceptions and 122 yards of returns on those interceptions. Big things are expected out of this junior out of San Diego, California, and he’ll be expected to be a shutdown corner this year.

Fearless Prediction: If I’m trying to write a script about a team whose interim coach guides his team to a surprising run for a conference title after unexpectedly being handed the starting job, I probably wouldn’t have made the season opener against Mississippi State (FBS). The Lumberjacks need time to gel, and the schedule will offer them no relief as they struggle to reach .500 again this season.