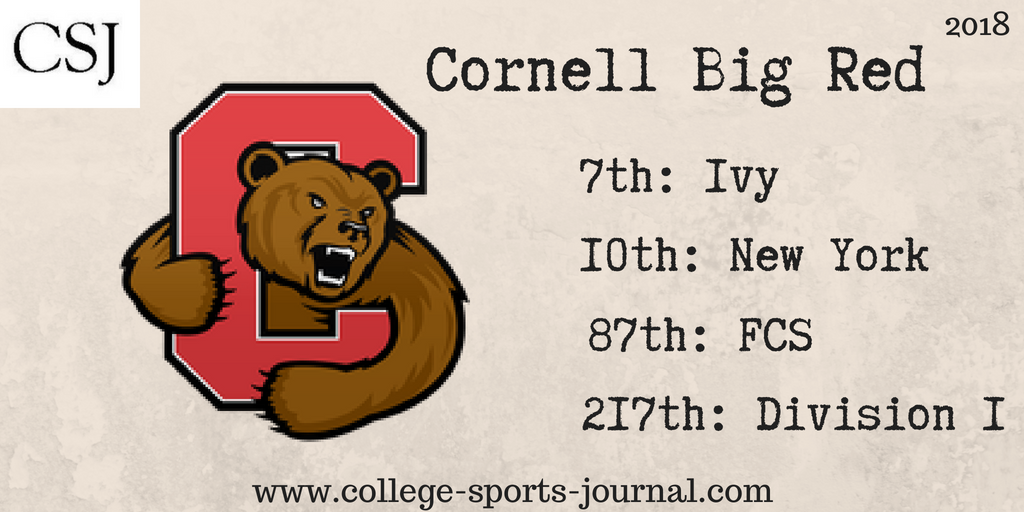 2017 In A Sentence: Though the Big Red finished with a 3-7 record, a 17-14 win over Harvard and some other close contests seem to indicate that head coach David Archer made some good progress towards making Cornell more competitive.

Biggest Shoes to Fill: Though Cornell has some strong defensive players returning, team captain DB Nick Gesualdi won’t be easy to replace. In 2017, he had 60 tackles, with 42 solo stops, along with 3 interceptions and 10 passes defended. Nationally, Cornell had one of the top pass defenses in the nation. Key Player: If Cornell is to repeat as one of the top pass defenses in the Ivy League, CB DJ Woullard will have to be a huge part of that in 2018. Woullard led Cornell in interceptions with 4, including 3 against archrival Penn in their final game of 2017, and he is a great talent who might be looking at a possible NFL career if he can achieve a great senior season on top of his already-impressive college career so far.

Fearless Prediction: Can the Big Red finally achieve their first above-.500 season since 2005? Defensively, Cornell has the chops and enough returning talent on that unit to do it. The question is whether the offense will score enough points to have the Big Red be able to pull off some upsets of their Ivy League bretheren. If they do, the above-.500 season could be achievable.