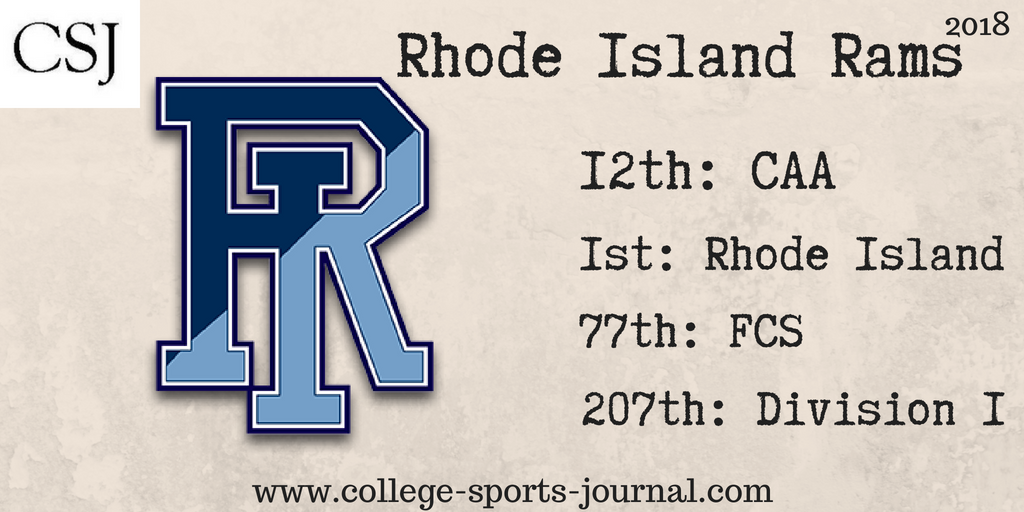 2017 In a Sentence: The Rams went 3-8 and were more competitive in many games than in 2016, include an opening weekend overtime loss to FBS Central Michigan (30-27). Despite being more competitive, they remained steps behind the rest of the CAA.

Biggest Shoes to Fill: RBs Harold Cooper and TJ Anderson. Rhody loses its two top rushers this year, both of whom combined for 1,699 all-purpose yards last season. Offense may be hard to come by.

Key Player: Senior LB Justin Hogan was 7th in the CAA in tackles last year (90) and should look to lead the Rhode Island defense to improvement over 2017. Head coach Jim Fleming will look for more out of him in the middle of the defense to slow the strong running attacks that they will face in the CAA.

Fearless Prediction: Rhode Island will be the lowest scoring team in the CAA as well as allow the most points against in the CAA while not winning a conference game. They may end up being the best team in Rhode Island, however, if they can manage a win against in-state rival Brown in the Governor’s Cup.