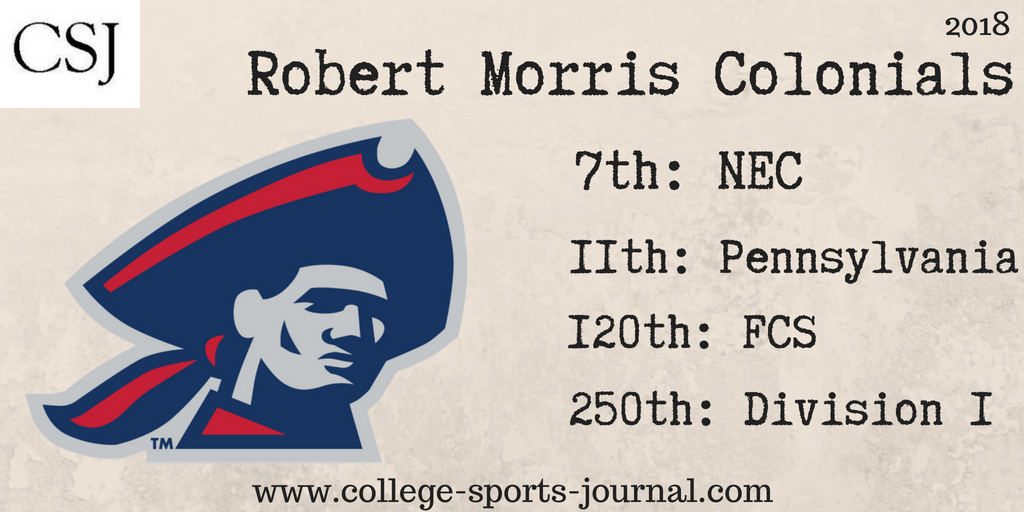 2017 In a Sentence: Robert Morris beat Dayton to start the year, but the sugar rush of that win didn’t last, losing 9 of their next 10 and ending with the resignation of head coach John Banaszak.

Biggest Shoes to Fill: LB Gerald Ferguson was a huge disruptive force for the Colonial defense – notching 15 1/2 tackles for loss, including 8 1/2 sacks.

Key Player: The defensive player that will be key to Clark’s ground-up rebuild is LB Adam Wollett (Poland, OH), who led the Colonials in tackles last year with 108.

Fearless Prediction: Bernard Clark, Albany’s defensive coordinator, was hired away from the Great Danes to become Robert Morris’ third-ever head football coach. He’ll have a good core of players on defense to work with, but points might be at a premium.