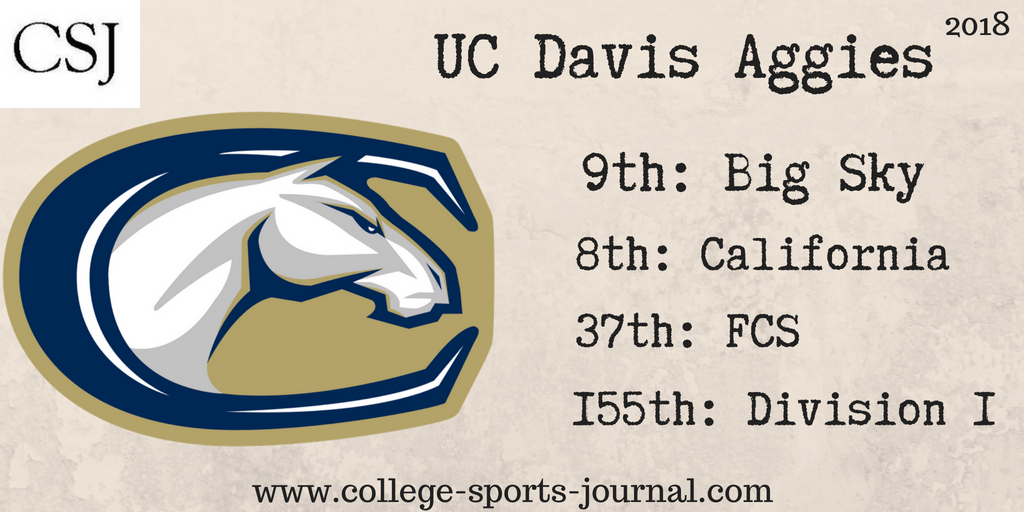 Biggest Shoes to Fill: LB Ryan Bua finished as the team’s defensive leader with a total of 93 yards including a career-high 16 tackles against Cal Poly, the most in the program’s Division-I era.

Key Player: WR Keelan Doss finished 2017 as the best wide receiver in the nation – no player at the FBS or FCS levels holds higher total receiving yards (1,499), receiving yards per game (136.3) or receptions per game (10.5) averages. He was voted third in the Walter Payton Award a year ago.

Fearless Prediction: The Aggie offense looks like it could rank near the top of the Big Sky. The biggest question will be on the defensive side for UC Davis. If the Aggies can poise enough defensive resistance, it is not out of the question for this team to be in the upper half of the Big Sky standings.