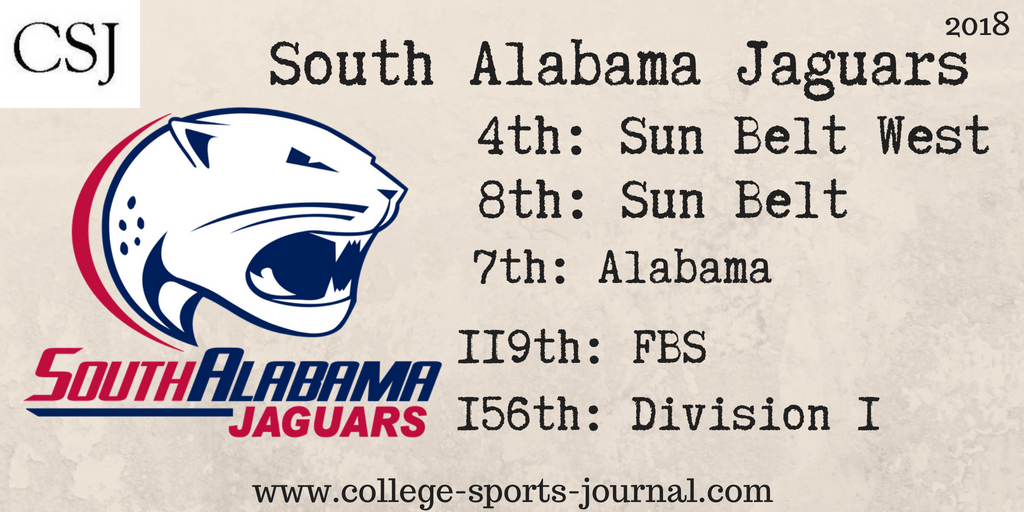 2017 In A Sentence: The Jaguars kept most games close but could not finish games to slump to a 4-8 overall mark and Coach Joey Jones, who went 52-50 in nine seasons with the Jaguars after starting the program from scratch in 2008, resigned at the end of the season.

Biggest Shoes to Fill: QB Dallas Davis was the starter last year and had another year of eligibility left but decided with a new coaching staff and the fact he already graduated that he would take his talents to another Alabama school in UAB. The last three seasons with the Jaguars, Davis passed for 4,169 yards, 20 touchdowns and 20 interceptions. He also accounted for 246 yards and another three touchdowns on the ground. Key Player: WR Jamarius Way is back for his senior season and will need to be a key receiver for the Jaguars new quarterback. He is coming off a second-team all-Sun Belt Conference performance after pacing the team with 47 catches for 762 yards, three touchdown receptions and 799 all-purpose yards. He also tied for third on the team in scoring.

Fearless Prediction: New Coach Campbell brings in a championship pedigree with him to Mobile. He won the DII title with Delta State in 2000, the junior college championship at Mississippi Gulf Coast CC in 2007 and comes most recently from FCS Central Arkansas, where he won the Southland Conference title there. Winning this year will be premature but he should have the team turned around to near the .500 mark.