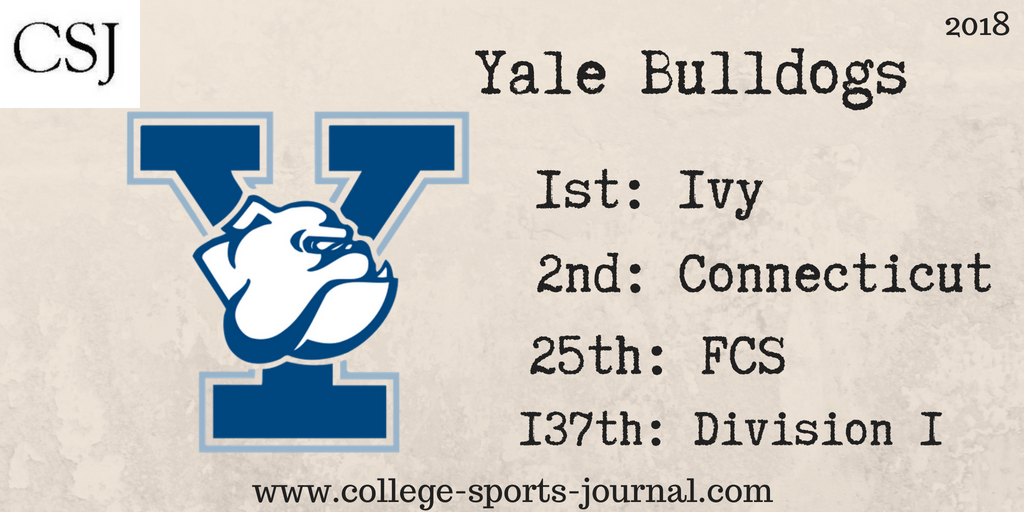 Biggest Shoes to Fill: LB/DB Matthew Oplinger ended his career at Yale not only as Ivy League outright champion, but also as 3rd place on the Bulldogs’ all-time sack leaders as well, thanks to his 11 1/2 sacks last year. His emergence was a huge part in Yale’s resurgence, and he will be missed.

Key Player: It is almost unheard of for a freshman to make the postseason all-Ivy League team, but RB Zane Dudek didn’t just do that, he did so unanimously and also won Ivy League Offensive Player of the Year. The Kittanning, PA native averaged over 100 yards rushing a game and scored 15 rushing TDs, easily the best in the Ivy League as well. About the only question left is: Can he repeat himself and expand on his performance in 2018?

Fearless Prediction: The fact that Yale graduates a bunch of playmakers on defense is a definite concern, but it’s hard to see opposing Ivy League defenses slowing down Dudek and this offense. Another outright Ivy League title is definitely within reach.