Here are this week’s projections for this year’s NCAA Men’s Basketball tournament using these same Sagarin rankings for the field of 68 teams.

We will be giving a projection for the Field of 68 schools each week following the release of each Top 25 polls until the actual selection of field on March 17th. As actual champions are crowned, these will also be placed into the projections. 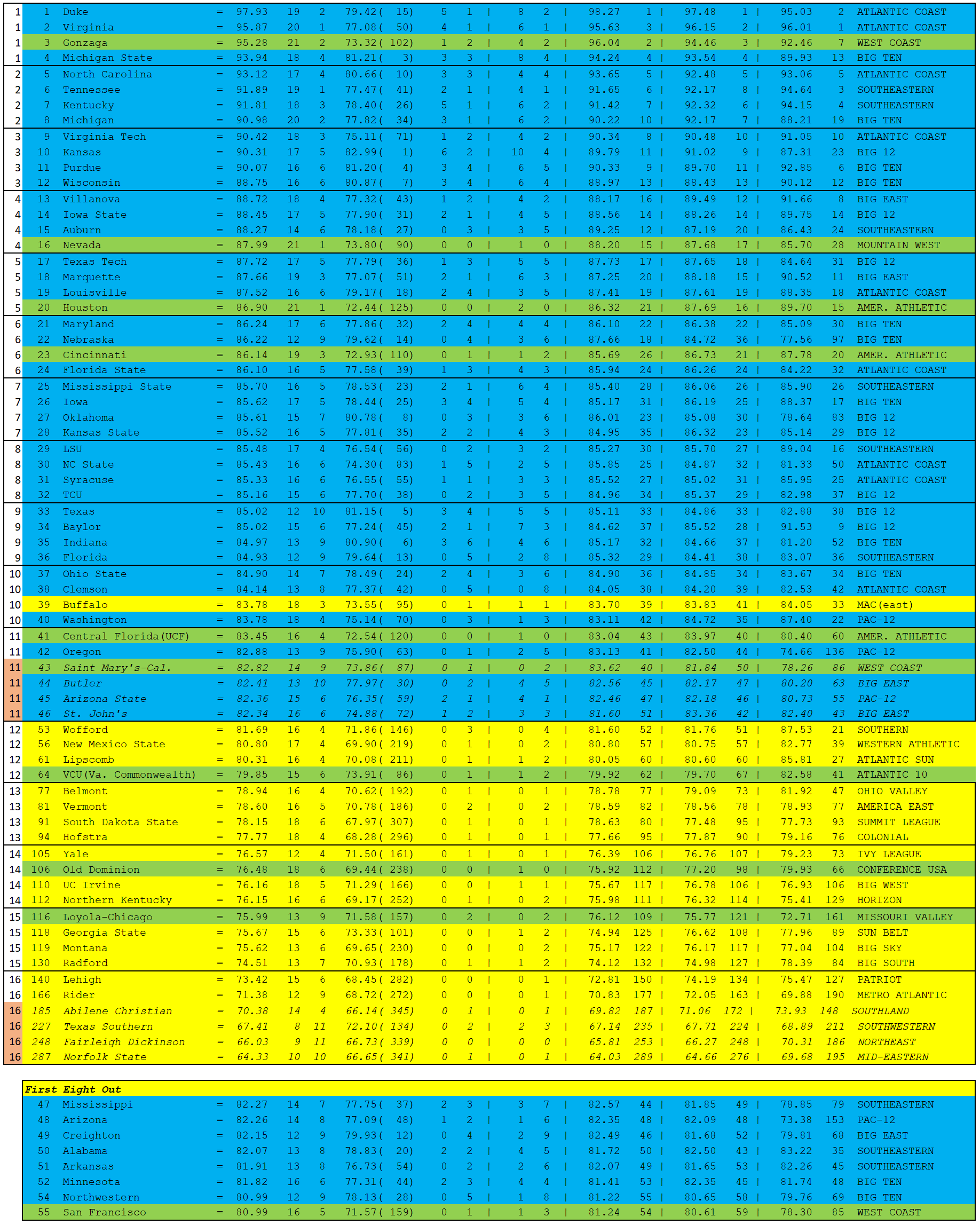