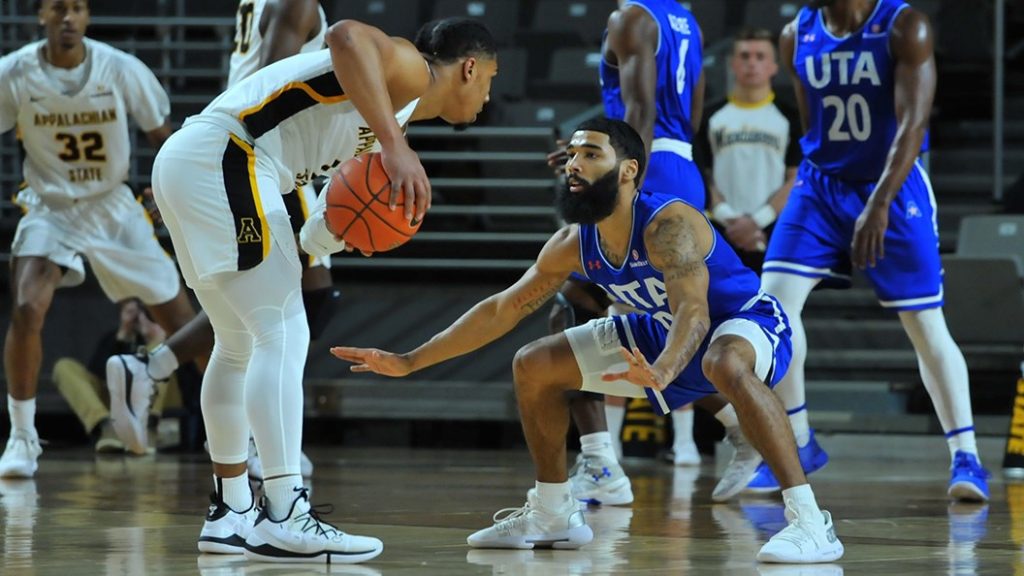 BOONE, N.C. — While it might seem a stretch to some to label a men’s basketball game in early January as a must win, the stakes facing Appalachian State on Thursday evening at the Holmes Convocation Center approached that type of critical mass against Texas-Arlington.

Already 0-2 after the first week of Sun Belt Conference play and facing the daunting stretch of a contest against one of the league’s best teams — Texas State (13-3, 2-1) — on Saturday before embarking on a three-game road swing, the last thing the struggling Mountaineers needed was a loss at home against an SBC bottom feeder.

Led by 20 points and five assists from pint-sized, bearded point guard Brian Warren, UTA roared to an 11-0 spurt as the Mountaineers missed their first seven shots — including three lay-ins — over the first four minutes of the second half to erase the lead and go ahead 39-31.

The Mavericks — the worst-shooting team in the Sun Belt — never looked back as they nailed 7-of-9 three-pointers and sank 64.3 percent of their shots from the field in the second half. David Azore added 16 points and TiAndr Jackson-Young contributed 14 for Arlington.

Isaac Johnson and Ronshad Shabazz paced App State with 16 points each, while O’Showen Williams and Tyrell Johnson came off the bench for 13 and 12 respectively, but the Mountaineers couldn’t find enough offensive flow to stay in the game over the final 20 minutes as they shot 39.7 percent overall.

And the defense was definitely a problem in the final 20 minutes.

“In the second half, we lost focus,” Johnson said. “Some of the guys, including myself, came out slow. We lacked energy. It’s just one game. We just have to bounce back from this.”

Fox had a bit of a different look at Appalachian’s troubles during a stretch where the team has dropped six of the past seven games.

Fox added that the difficulties the Mountaineers are enduring are not because of a lack of work ethic.

“We don’t practice like this. We practice well. We’re not catching any breaks either. We’ve got to push through it. We’ve got to change something Our backs are against the wall, there is no doubt about it. I believe we are a good team. Unfortunately we are really struggling right now.”