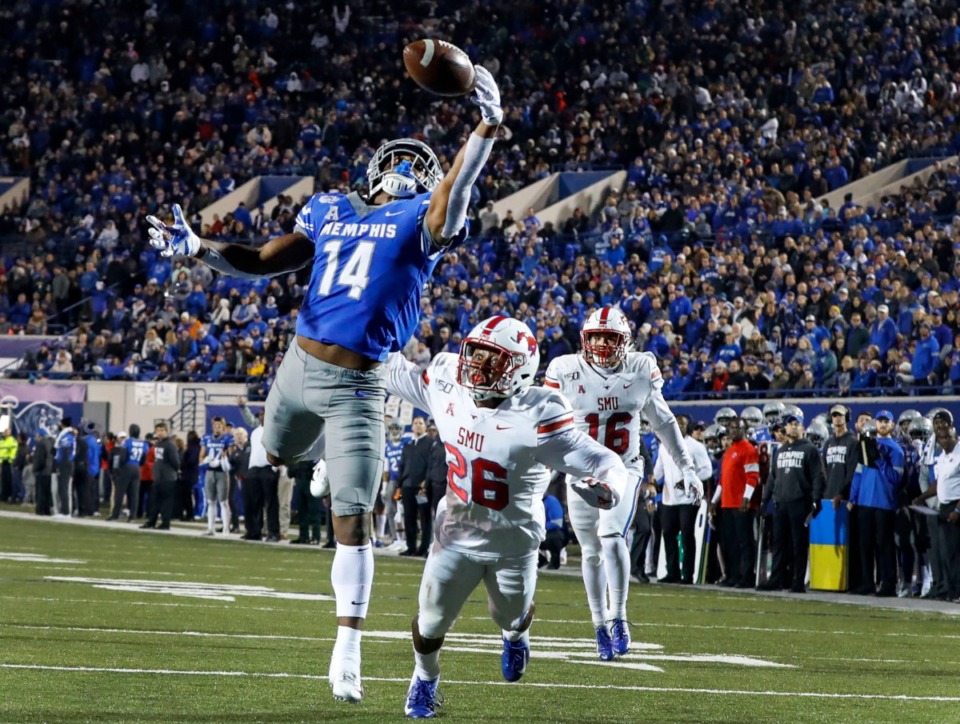 Antonio Gibson, WR, Memphis, Sr., Stockbridge, Ga.
Gibson, who was also chosen as the Walter Camp National Offensive Player of the Week, set an American Athletic Conference record with 386 all-purpose yards — the most by an FBS player this season — to key Memphis’ 54-48 win against SMU. He became the first FBS player in 2019 to score touchdowns three different ways as he found the end zone on a rushing attempt, a pass reception and on a kickoff return. Gibson had six catches for 130 yards and a 50-yard touchdown, 97 rushing yards on three carries, including a 78-yard TD and added a 97-yard kickoff return for a score to start the third quarter.

Stephen Calvert, QB, Liberty, Sr., Plantation, Fla.
Calvert threw for 474 yards and four touchdowns on 20-of-27 passing to lead Liberty to a 63-21 win over Massachusetts. Liberty lost to Rutgers last week but led by Calvert, the Flames responded with the big output. With his 474 passing yards, Calvert continued to extend his school record for career passing yards (11,000) and touchdowns (85). Liberty set a new program record for most total offensive yards in game, finishing the UMass contest with 730 yards on 77 plays (9.5 yards per play).

Mason Fine, QB, North Texas, Sr., Peggs, Okla.
Fine completed 24-of-39 passes for 332 yards and a career-high seven touchdowns in a 52-26 win over UTEP. Fine’s seven touchdowns broke his previous career-high that he set last week at Charlotte when he threw five. He became the seventh player in C-USA history to throw for 12,000 yards in a career (now 12,026) and he moved into seventh place all-time in C-USA with his school-record 91 career touchdown passes. Fine’s 27 TD passes on the year lead C-USA, are tied for third nationally and equal his 2018 season total.

George Holani, RB, Boise State, Fr., Bellflower, Calif.
Holani set single-game career highs in carries (28), rushing yards (126) and rushing touchdowns (4) in Boise State 52-42 road victory over San Jose State. The four rushing touchdowns are tied for the most by a Mountain West freshman in a single game (San Diego State’s Ronnie Hillman; Sept. 11, 2010). He is the first Boise State true freshman to rush for four touchdowns in a single game since 1977, and just the second true freshman to do so in school history. 113 of his 126 rushing yards and three of his four touchdowns came in the second half as the Broncos fought back from a seven-point halftime deficit. 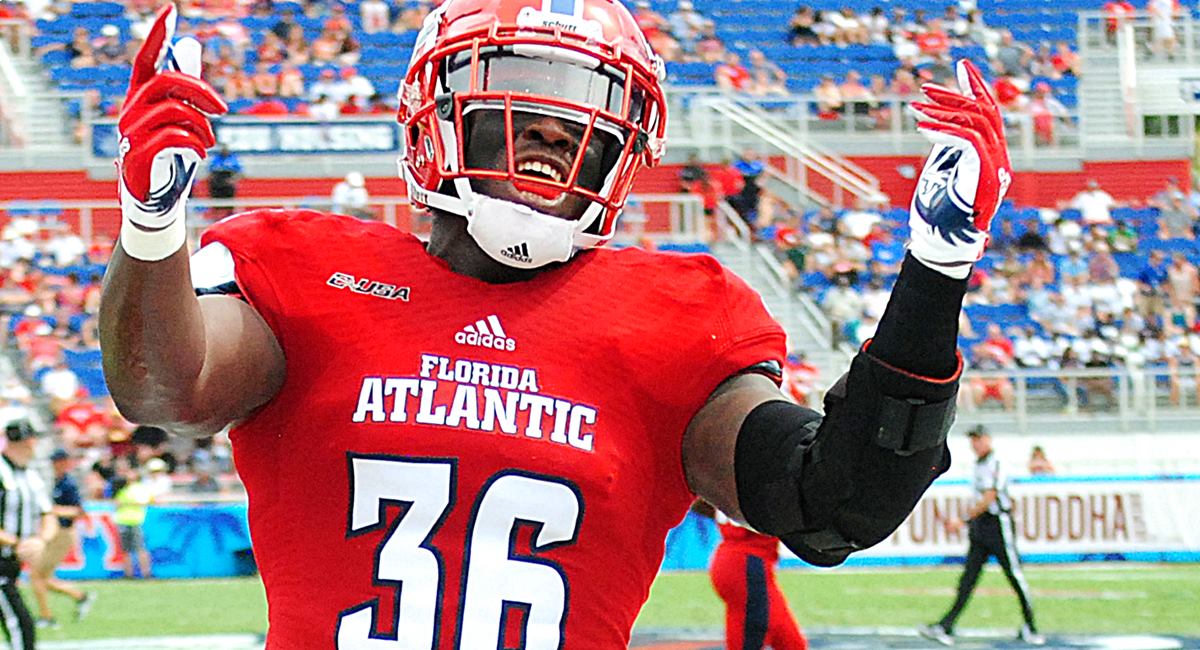 Akileis Leroy, LB, Florida Atlantic, Jr., Albany, Ga.
Leroy registered a career-high 12 tackles, including two sacks and a forced fumble in the Owls 35-24 victory over WKU. Leroy’s second sack of the game came mid-way through the second quarter with the Hilltoppers holding a 14-0 lead. On second down and six at the WKU 36, Leroy recorded a sack for a loss of 11 yards and he forced a fumble on the play, freeing the ball for CB Chris Tooley to scoop and score from 25 yards out for the Owls’ first points. His night would end with a game-high 12 tackles (five solo) and two sacks for a loss of 21 yards, along with a forced fumble and a pass breakup. FAU used the Leroy momentum shifter to battle back and outscore the Hilltoppers 35-10 in the final three quarters.