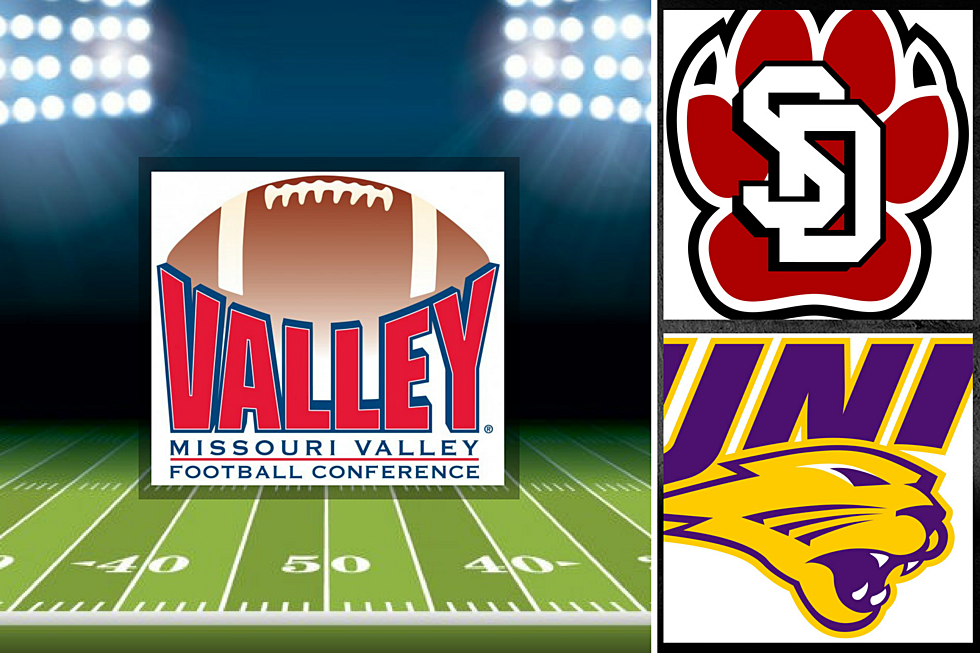 The big question in the Missouri Valley Football Conference right now is there a team that can knock North Dakota State off its current winning streak. The Bison have the second best winning streak in FCS history at 27 (second only to themselves of 33 in 2012-14). NDSU also has a league game winning streak of 13 games. Missoui State gets the chance to take down the Bison as they meet in Fargo.

But the biggest game in the Valley this week is the the suprisingly undefeated in league play South Dakota visiting Northern Iowa. UNI is coming off a blowout loss to NDSU last week after winning its first confrerence game against Youngstown State, while USD has won its first two league games agaisnt Indiana State and Missouri State.

The Coyotes are coming into this game on a three game winning streak after starting the season with three straight losses. USD has outscored its last three foes 97-16 and outgained them 1,364-75.

USD lost to Houston Baptist as its one head stratching loss to go with losses to FBS Oklahoma and Big Sky power Montana. A rejuvenated rushing attack that has had the Coyotes outrush their opponents 738-141 has been a major key to the three game winning streak.

The Coyote defense, however, is what has really improved. South Dakota surrendered 154 points in its first three games and just 16 in its last three.

South Dakota has outgained UNI six times in the last seven meetings, but the Panthers have a 5-2 record in those games. UNI won 42-28 in Vermillion last season.

USD is looking to start 3-0 in conference play for the second time in the last three seasons, but is shooting for two road wins in the Valley in the same season for the first time since the Coyotes joined the league.

Key Player: QB Austin Simmons has paced the ground attack for the Coyotes in the winning streak with 236 yards. That ground game has helped Simmons in the passing game as well as he has passed for 622 yards and six touchdowns in the three-game win streak. Simmons leads the MVFC in passing and completed 15 of 21 for 228 last week and his second four-touchdown performance in the last four games. He was 34-of-47 for 328 yards and two scores against UNI last season. The key for the Coyotes pulling off the road win Cedar Falls is Simmons pulling off similar numbers to these in this game.

Coming off a 32-point loss at NDSU last weekend, Coach Mark Farley remembered during his weekly press conference how his Panthers responded the last time they suffered an FCS loss by 30 or more points. That time was in 2005. The loss was a 38-3 defeat at Illinois State that dropped that team to 4-3. UNI responeded to win its final four regular-season games and marched all the way to the FCS national championship game, where they lost to Appalachian State.

UNI’s three losses so far this year have all been road decisions at Iowa State (3OT), Weber State and NDSU. The Panthers are 3-0 at home where an opponent has yet to top 14 points.

UNI has yet to allow a 300-yard passer and NDSU was the first FCS team to surpass 101 yards rushing so the definite strength of this Panther team is its defense. UNI is ninth in 21st in total defense, 30th in scoring defense, 13th in sacks and 31st in first down defense.

Key Player: QB Will McElvain has thrown 9 touchdowns with just 1 interception and has yet to be sacked. He is also the team’s second-leading rusher behind senior RB Trevor Allen. Hiis major targer is WR Isaiah Weston (23 rec, 510 yds, 5 TDs) is the Valley’s top receiver. The redshirt freshman will need to get back on track this week after being a little off at NDSU last week and perform well against an improving Coyote defense.

Fearless Prediction: UNI as the statistics show is a different team inside the UNI-Dome. The Coyotes are improving but the Panther will be too tough and will win a fairly high scoring game. UNI 41 USD 30

South Dakota State at Indiana State | Terre Haute, Ind. • 1 p.m. ET [ESPN3 (subscription req’d]
Indiana State was supposed to be a team to contend this year in the Valley. They have not and the Jackrabbits will show why this week. SDSU 41 ISUB 17

Illinois State at Western Illinois | Macomb, Ill. • 1 p.m. CT [ESPN+ (subscription req’d]
The Leathernecks could not get its first win at home two weeks ago against Missouri State and lost to Indiana State big last week. They won’t get a win this week either. ISUR 32 WIU 20

Youngstown State at Southern Illinois | Carbondale, Ill. • 2 p.m. CT [ESPN+ (subscription req’d]
The Penguins are really now in a must win situation after falling in their first two MVFC contests. They get the first league win in this week. YSU 31 SIU 21

Missouri State at North Dakota State | Fargo, N.D. • 2:30 p.m. CT [NBC ND/ESPN3 (subscription req’d]
TThe Bears won for the first time all season with its road win two weeks ago at WIU. This road contest will not nearly be as kind. NDSU 48 MSU 17