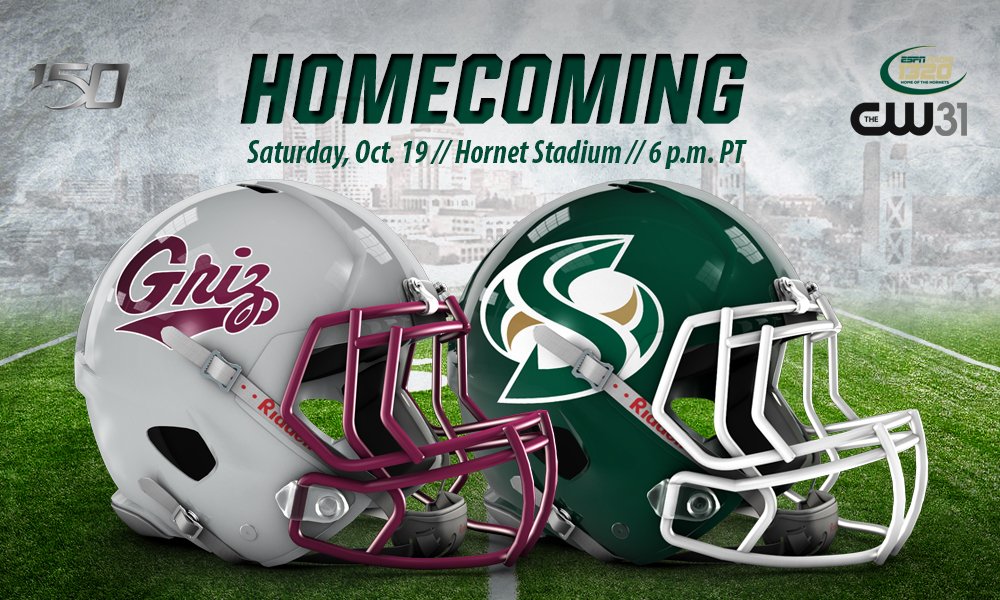 The Big Sky has been a game of boggle lately as each time you shake it something big changes. Montana and Sacramento State will duke it out for the drivers seat this weekend. Another notable match will be to see if NAU can play spoiler or Weber State will continue to establish their top ten resume.

Battle for the top of the Big Sky will happen in Sacramento, CA. Montana is hot with Dalton Sneed winning multiple Player of the Week awards this season and Dante Olsen tackling in the double digits frequently. Kevin Thomson and Elijah Dotson will be hard to intimidate as the Hornet offense is potent. This clash of titans as the game to see this week will have serious implications later in the season. I see Montana being a tad more physical and polished. Either team winning would not be a shock at this point, but I see Montana winning by one score.

The hot and cold Vikings head to play the tumultuous Bears. Too harsh? Well the Vikings look like a serious threat some weeks and a pedestrian challenge others. Flip side, UNC keeps the game one of two ways for the last two-three seasons: either within a score for most of the game or losing by a handful of scores. Historically, the majority of teams struggle at Nottingham whether it be the altitude, travel, or actual atmosphere of the Greeley crowd. While it is homecoming, which should be a motivation for the Bears, seasoned UNC fans have seen homecoming soured by a loss. If Jacob Knipp throws more touchdowns than he does air-balls UNC night have a chance. Milo Hall cannot do it by himself despite the offense’s lack of effort lately. If UNC kicks it into gear I see them pulling off a six point win.

Northern Arizona is still trying to establish their relevance in the Big Sky. They have the talent, but lack consistency. If the Lumberjacks are going to make a move in the Big Sky it has to be this week. No more excuses, even if you have Case Cookus. Weber State has established themselves as a defensive juggernaut, but are back and forth on offense. If NAU excels at anything it would be offensive scoring so the Wildcats will have to step up the scoring production. I see Weber State winning by 17 if both sides are productive.

Battle of the Domes! Does Idaho have a chance? Well, it is a home game and a rivalry game so the motivation is there, but can the Vandals do it? Matt Struck and Ty Flannagan are going to make it hard for Vandal success. While this will be a tight game I see the Bengals spoiling the Vandals day with a late score to break hearts.

Cal Poly has found it has weapons, but not enough to be a threat in the Big Sky. Conversely, North Dakota is leaving the Big Sky, but has solid weapons. The problem is the consistency of their ball control. Nate Ketteringham is a solid quarterback, although weeks where he throws four interceptions, for example, is unacceptable. Despite the lack of control, North Dakota should take Cal Poly down by 13.

UC Davis has disappointed a lot from the preseason expectations, but Southern Utah is still far below the Aggies prowess. Southern Utah is in turmoil and will have a lot to fix in the offseason. As for this week if UC Davis does not win by 17 feel free to mention fraud and UC Davis in the same sentence. Jake Maier and Ulonzo Gilliam are more than capable of taking care of business in Cedar City.