Here are the Top 25 FBS Group of Five (G5) rankings based on the Sagarin rankings for the week ending Dec, 7th, 2019. Memphis retains the top spot following its AAC Conference title win over Cincinnati this week. This will be the last rating until after after the national championship game in January. A final ranking will be released following this game on Jan. 13th. 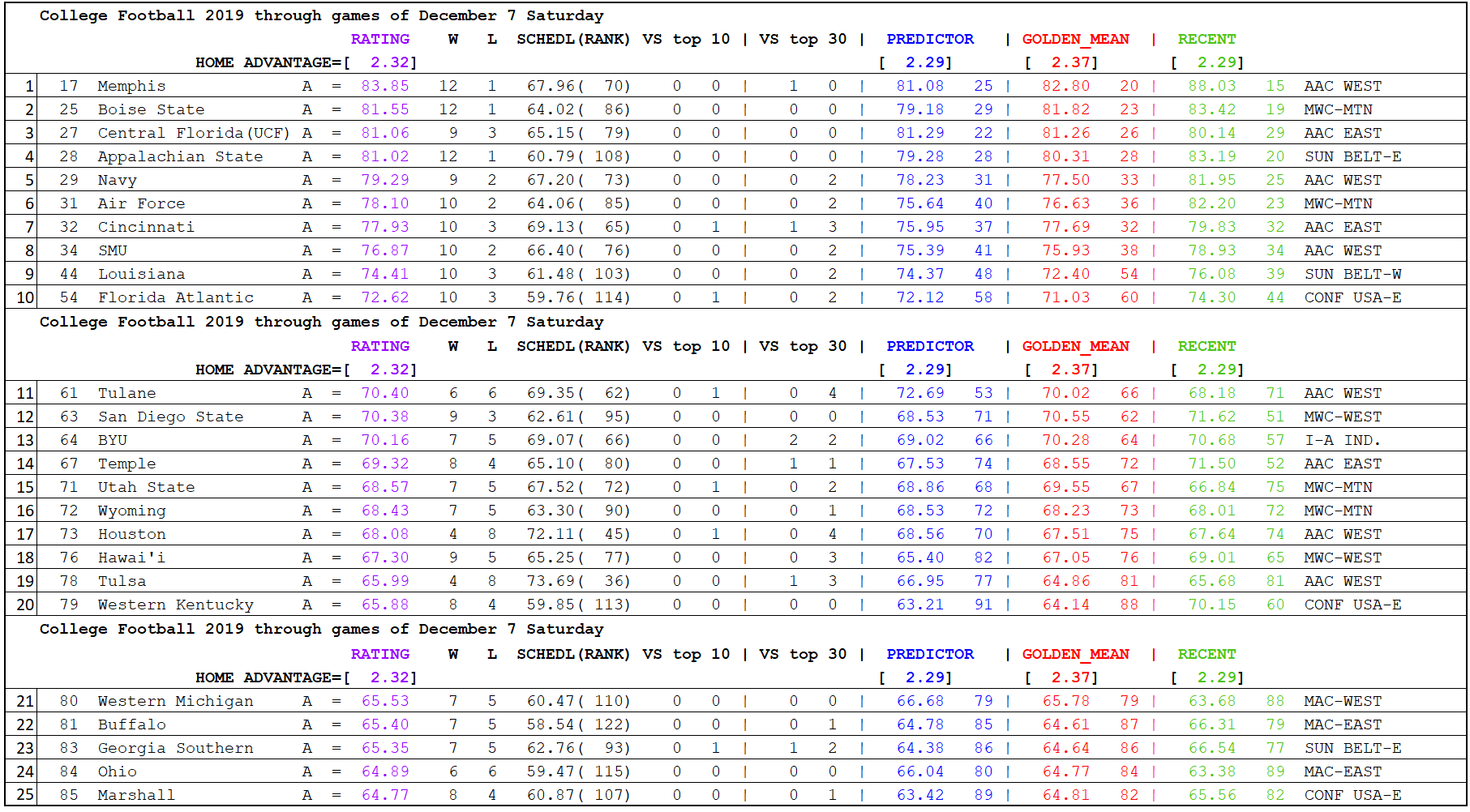 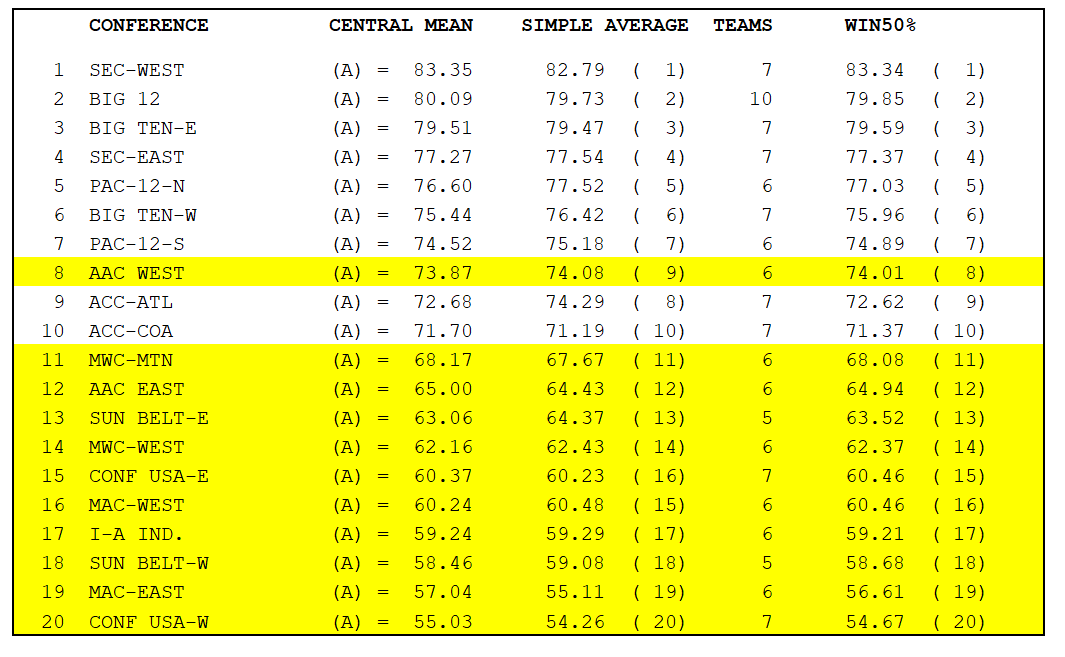