At College Sports Journal, we have done the Group of Five and FCS Sagarin ratings for football for the past two years.

Similar to our football coverage, our coverage will shy away from the Power basketball conferences of the ACC, Pac 12, Big 10, Big 12, ACC, SEC, and Big East conferences.

We will split the two other sections this way of a High-Major and a Mid-Major and provide two separate polls.

Below are the Top 25 High-Major rankings based on the Sagarin rankings for the week ending Dec. 2. 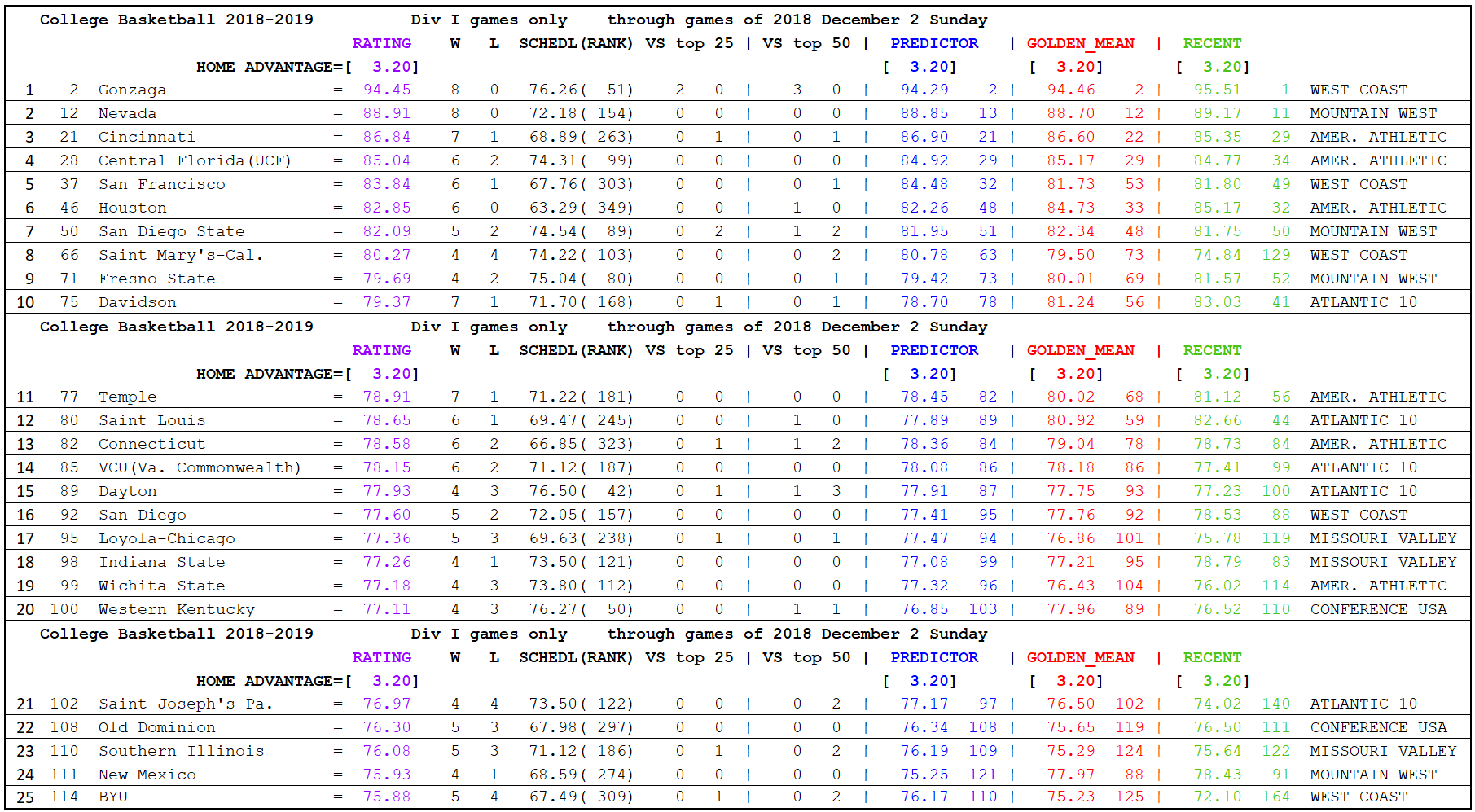 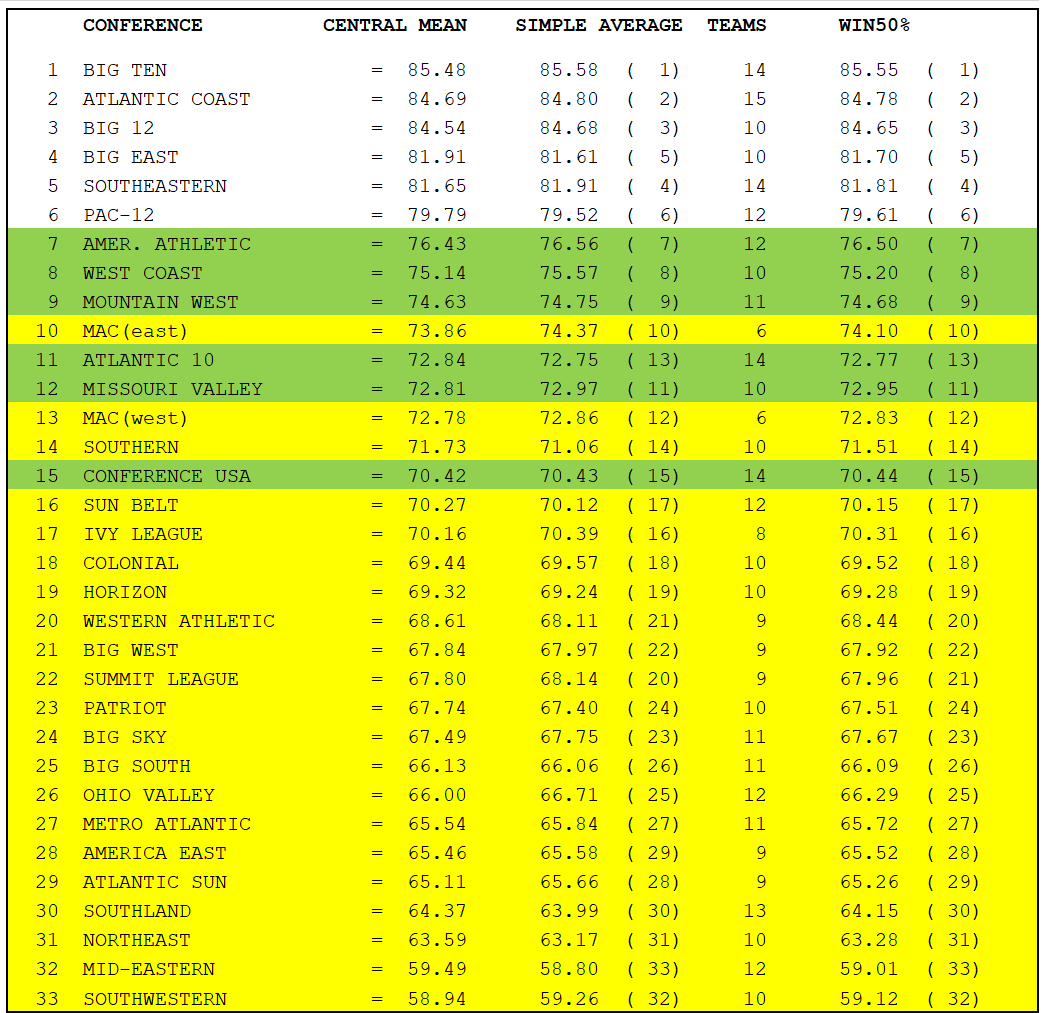