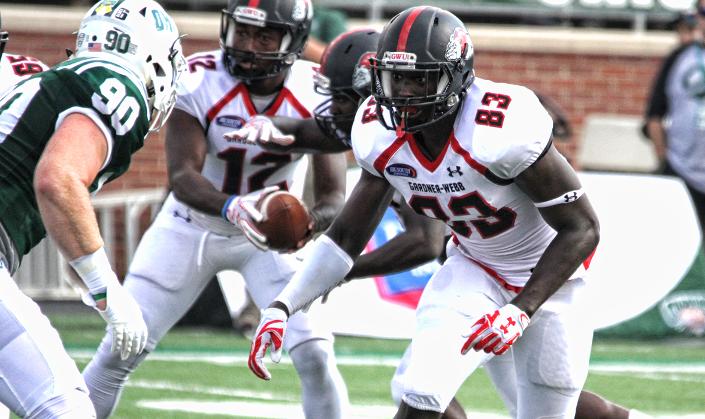 We near the halfway point of the season for the Big South. This week, we see mostly conference play taking place for the first time. Because of this, things will finally begin to take shape within the conference as each team lobbies for a chance at the FCS playoffs.

Here are the updated power rankings for the Big South.

Due to Hurricane Matthew, Charleston Southern’s game against Albany State was canceled.

Liberty had the week off.

After a less-than-ideal start, the Owls soared to victory over DII opponent Missouri A&T. The score was a little too close for comfort at halftime as Missouri A&T kicked a fieldgoal to cut the score to 16-21. But from the 3rd quarter forward, it was all Kennesaw. This victory was fueled by QB Chandler Burks who threw for 73 yards and a touchdown, in addition to the 118 rushing yards and 3 rushing touchdowns he accounted for.

Monmouth has quietly put together an impressive season so far. Thanks to solid play from QB Cody Williams and a pair of 100-yard rushers in Michael Jolly and Ed Royds, this continued on Saturday. Both Jolly and Royds had two touchdowns. Mix that in with Zach Welch and Lavon Chaney rushing for a touchdown a piece and you have offensive dominance. This is demonstrated in the 562 total yards the Hawks had on the day.

Next up: Thursday @ Presbyterian, 7:00pm

The Runnin’ Bulldogs picked up their first conference win of the season against Presbyterian over the weekend. QB Tyrell Maxwell stole the show as he demonstrated his dual-threat abilities, throwing for 222 yards and rushing for another 155. Their offense in general had a strong showing as they amassed a total of 519 yards during the game.

Next up: Saturday vs. Coastal Carolina, 1:30pm

Presbyterian continues to struggle offensively. Though they managed to move the ball at times against Gardner-Webb, the Blue Hose had to punt on 8 occasions and turned the ball over on downs 2 other times.

Considering their schedule, it is possible Presbyterian doesn’t win another game this season.