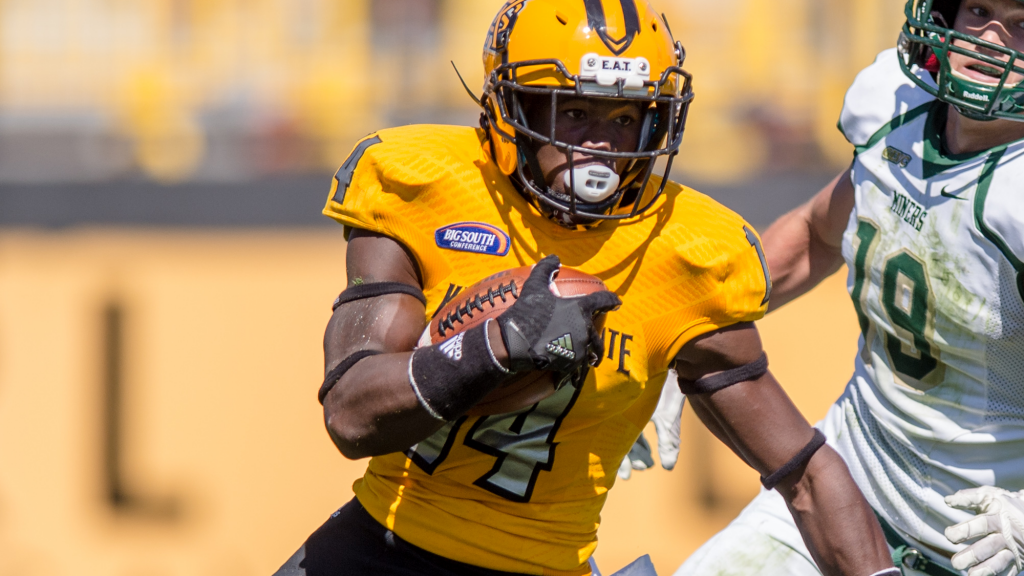 Here are the updated power rankings for the Big South.  The original post for this is on the A Sea of Red blog.

Two weeks off didn’t bother Charleston Southern as they easily handled Presbyterian over the weekend. The Bucs rushed for 343 yards, led by RB Robert Mitchell who had 113 and 2 touchdowns. Their Blue Swarm defense held the Blue Hose to 108 yards of total offense, which is the fewest allowed in program history.

The Flames put on an offensive firework display Saturday as they amassed 681 yards of total offense, including 350 passing yards from QB Stephen Calvert. RB Todd Macon accounted for 271 all-purpose yards and 3 touchdowns. Defensively, Liberty gave up a good amount of yards themselves (477) and after getting out to a 7-38 lead, let the Hawks get with 10. Liberty’s 681 total yards were just 11 yards shy of the program record set in 2012 against Presbyterian

The Owls picked up their first conference win of the season this past weekend. This win came behind the performance of RB Chaston Bennett who rushed for 76 yards, received another 110, and scored 3 times. QB Chandler Burks threw for 207 yards and 2 touchdowns to aid in the victory.

This week: Kennesaw State 47 Gardner-Webb 39
QB Tyrell Maxwell threw for 202 yards and 3 touchdowns, along with 122 more rushing in the loss against Kennesaw State Saturday. RB Khalil Lewis ran for 138 yards and 2 touchdowns. Despite being down 47-21 at the start of the 3rd quarter, the Runnin’ Bulldogs worked their way back in and made it a one score game at the start of the 4th. They just couldn’t manage to get in the endzone again.

QB John Walker received a trial-by-fire on Saturday as his first career start came against ranked Charleston Southern. He threw for just 74 yards and averaged 3.4 yards per attempt. The rushing stats aren’t any better as they managed just 28 yards.

Next up: Saturday vs. Coastal Carolina, 2:00pm

Monmouth showed potential throughout the start of the season, but quickly dropped three conference games, dropping them at the bottom of our rankings. Their defense allowed the Flames to rack up 681 total yards of offense and just couldn’t seem to get off the field. Even in their loss, the Hawks looked good offensively. RB Lavon Chaney rushed for 145 yards and a touchdown. WR Darren Ambush accounted for 210 of their 279 passing yards.

Next up: Saturday vs. Kennesaw State, 1:00pm